Only a few Indians in Gulf countries likely to vote 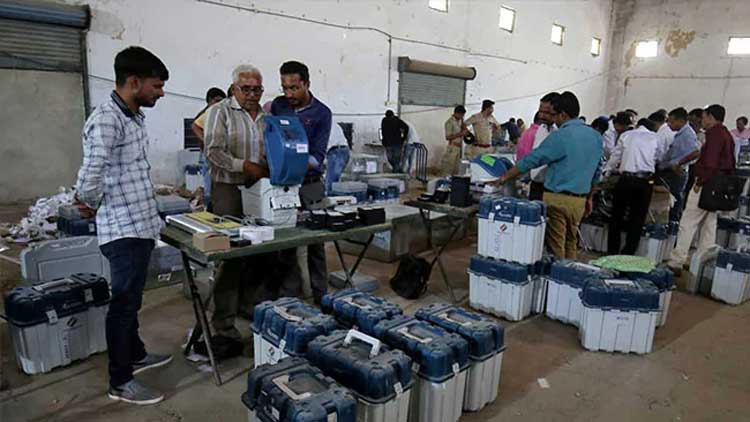 New Delhi: Complicated procedures, high travel cost and trust deficit hold millions of Indian nationals in the Gulf countries back from casting their votes in India's general elections which will begin Monday.

Only a small number of the around seven million-strong Indian diaspora living in the Gulf Cooperation Council (GCC) countries are likely to be able to cast their franchise in the polls. The GCC comprises Bahrain, Kuwait, Oman, Qatar, Saudi Arabia and the United Arab Emirates (UAE)

To cast their votes, expatriates have to register online and then travel back to India to vote in person. High travel cost is also one of the main reasons that prevent the vast majority of Indians from casting their votes.

"Indian politicians are spineless so I have no interest in politics of my country. Moreover, travel expenses and complicated procedure suck," Anil Kumar from Kerala, an account executive in a car rental company in Dubai in the UAE, told IANS in a Facebook conversation.

The UAE is home to around two million expatriate Indians.

Biswadeep Das from Kolkata, managing director of a petroleum company in Dubai, said over phone: "I am interested to cast my right but the problem is if I go there, I have to spend at least three, four days there and I cannot afford that."

Sadasivan Nair, from Kerala, who works at a shop in Saudi Arabia's capital Riyadh, said over phone that he felt coming back to his motherland to cast vote is wastage of time.

"Ultimately nothing will change," he added.

Fakir Ali, an accounts executive with a company in Qatar's capital Doha, who has been living there for over seven years, said he does not have any faith in Indian politics.

Overseas Indians have been demanding that they be allowed to cast their votes from the countries they live in since many years.

But India's Overseas Indian Affairs Minister Vayalar Ravi has said that NRIs can vote in Indian elections only if they are present in their constituencies, and it is not possible to allow them to vote from outside the country.

"The Indian government should not deprive us from casting our vote," Anant Kumar from Kerala, a social worker in Riyadh, Saudi Arabia, said in a Facebook conversation.

Rakesh Kuamar from Kerala, who works in an engineering firm in Al-Jubail in the Eastern Province of Saudi Arabia, is among the very few Indians abroad who will be coming to India to vote this time.

"I will be leaving for India today (Saturday) to cast my vote April 10," Kumar told IANS.

According to a report by India's election commission in February, only 11,844 Indians living abroad have registered as voters, the maximum being from Kerala.