Nadal wins in Madrid as Nishikori pulls out 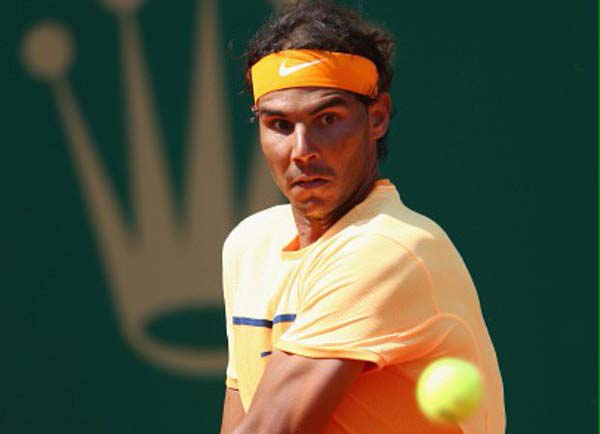 Madrid: Rafael Nadal won his fourth title at the Madrid Mutual Open Sunday as he defeated Japan's Kei Nishikori 2-6, 6-4, 3-0 in a match his opponent was forced to abandon through injury in the final set.

It was tough on the number 10 seed, who took the game to the home favorite and despite a partisan crowd cheering in Nadal's favor and blitzed his way to the first set with some wonderful aggressive tennis.

He was also a service break up in the second set but it was clear that he was suffering physically and Nadal was able to fight back to level the game, Xinhua reported.

Finally Nishikori was unable to continue and his retirement gives Nadal his 30th win of the season and shows he is back on track after recent disappointments in Monte Carlo and Barcelona.

Maria Sharapova claimed her second consecutive title as she defeated Romania's Simona Halep 1-6, 6-2, 6-3 in a match which saw an amazing turnaround in fortunes after losing the first set

Halep had ended her semi final against Petra Kvitkova strongly on Saturday and continued in the vein against Sharapova on Sunday, taking the first set 6-1 with some aggressive tennis.

However, her Russian rival was clearly up for the fight and showed her grit and experience in taking the second set 6-2 and the decisive set 6-3 to add the Madrid title to the one she won recently in Stuttgart.

Sharapova was only number 8 seed in Madrid, but is recovering her best form ominously as the French Open, the second grand slam of the year, looms on the horizon.