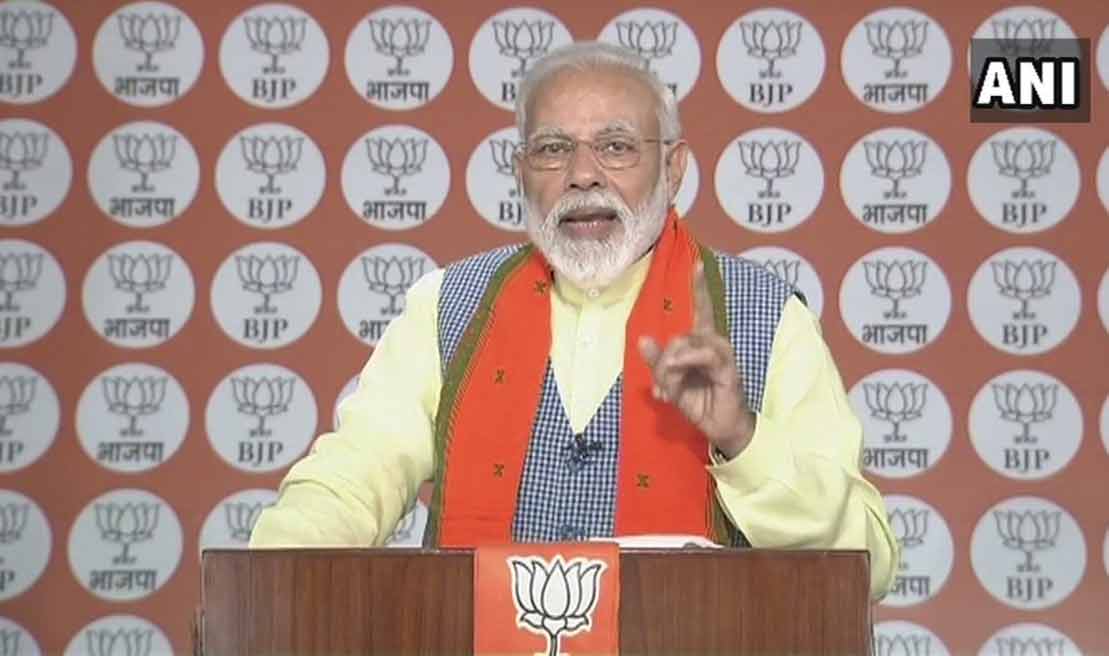 New Delhi: Getting down to business, Prime Minister Narendra Modi Thursday asked his Cabinet colleagues to set a 100-day agenda with focus on efficient governance, delivery and implementation of programmes.

Believing that the progress of states is crucial for the country's development, he also instructed his Council of Ministers to give priority to the issues brought forth by the state governments as also the MPs.

The directives were given by Modi at a Cabinet meeting here in the context of his 10-point vision which includes increasing investment, completing infrastructure projects in time-bound manner and exploiting the natural resources to the country's benefit.

To send out a similar message across the country, Modi is likely to address the nation, possibly after the brief Parliament session that would be convened from June 4 to 11 during which President Pranab Mukherjee will address the joint sitting outlining the government's agenda.

"The Prime Minister issued guidelines to the Ministers at the Cabinet meeting... He asked the ministers to set a timetable for the first 100 days listing the priorities," said Parliamentary Affairs Minister M Venkaiah Naidu.

Modi emphasised that the "most important" aspect that need to be focussed on are efficient governance, delivery and implementation of schemes and programmes, Naidu said while briefing the media on the meeting.

While focussing on these aspects, the government will take forward on priority basis the issues pending from the previous government.

He asked the Cabinet ministers to take Ministers of State along and give them "proper" work so that they feel involved.