French Open: Sania in second round of women's and mixed doubles 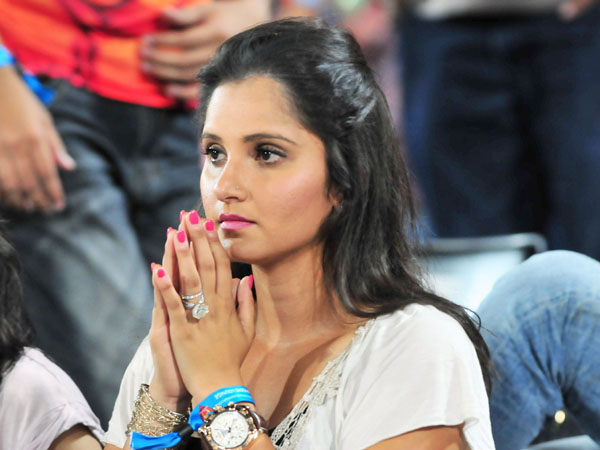 Paris: Indian tennis player Sania Mirza moved into the second round of women's and mixed doubles of the French Open tennis here Thursday.

Sania and her partner Cara Black of Zimbabwe found it easy as they progressed to Round 2 of women's doubles. But the Indian had to struggle with her Romanian partner Horia Tecau in the first round of mixed doubles for the win at the Rolland Garros.

Sania and Cara, seeded fifth, needed only an hour and nine minutes to beat Slovak-Israeli pair Daniela Hantuchova and Shahar Peer 6-3, 6-3 on Court No.11 in the women's doubles.

Service games were broken regularly by both combinations throughout the match but Sania and Cara made sure they broke their opponents more number of times, ensuring a straight sets win.They will next take on Canadian-Polish pairing of Gabriela Dabrowski and Alicja Rosolska in the second round.

In the mixed doubles, Sania and Tecau took 65 minutes to get past the fourth seeded pair of Marcin Matwoski and Kveta Peschke of the Czech Republic. Sania and Tecau won 4-6, 6-3 and 10-7.

The Indian-Romanian pair showed great determination in making a comeback after losing the first set against the Polish-Czech combine.

Meanwhile, Israeli-Brazilian pairing Jonathan Erlich and Marcelo Melo accounted for the defeat of the 'Indo-Pak Express' Rohan Bopanna and Aisam-Ul-Haq Qureshi in the second round of men's doubles. The sixth seeds lost their 65-minute match 3-6, 4-6 on Court No.16.