Congress appoints Kharge as its leader in Lok Sabha 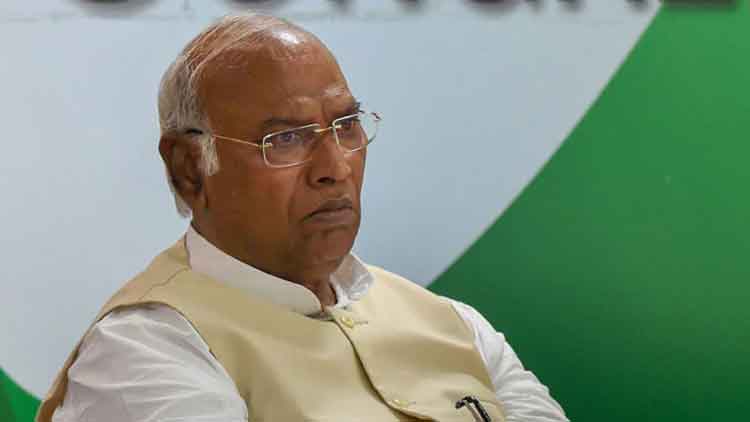 New Delhi: The Congress Monday appointed former railway minister Mallikarjun Kharge as its leader in the Lok Sabha, paving the way for him to be appointed the leader of opposition in the house.

Party general secretary Janardan Dwivedi told IANS that Kharge "has been appointed as the leader of the Congress parliamentary party in Lok Sabha".

Dwivedi added that the it was up to the "speaker to decide (whether the) status of leader of opposition" would be granted in Kharge's case as the party does not have enough numbers to claim the mantle of the main opposition party in Lok Sabha.

The Congress won 44 seats in the Lok Sabha in the polls. The main Opposition party is required to have at least 55 MPs in the Lok Sabha or 10 percent of it total strength of 545. However, the speaker of Lok Sabha can confer the status on his or her discretion.