BJP to apprise PM about 'lawlessness' in Bengal, angry Mamata hits back 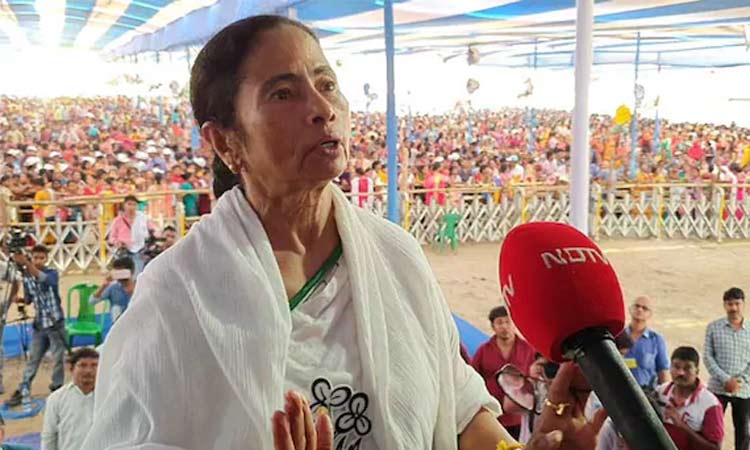 Kolkata: Expressing concern over political violence in West Bengal, the BJP Sunday attacked the Trinamool Congress government over the issue and said it will apprise Prime Minister Narendra Modi about the "lawlessness" in the state.

Reacting strongly, Chief Minister Mamata Banerjee accused the party which leads the central government, of provocation and threatened to adopt a "tit for tat" approach.

A Bharatiya Janata Party delegation, led by party vice president Balbir Punj and MP Kirti Azad, during the day visited Ilambazar in Birbhum district where one of its workers was killed earlier in the month allegedly by Trinamool goons.

"Under the Trinamool, there is lawlessness and mindless violence in Bengal. Innocent and poor people including those from the minority communities are being targeted just because they are not from the ruling party," Punj said after the visit.

Claiming that "157 political killings have taken place and 35 political activists have been compelled to commit suicide" since the Banerjee government came to power in 2011, Punj said the team will submit its report to party president Rajnath Singh and also apprise the prime minister about "the lawlessness in Bengal".

"Such killings are a blot to democracy and BJP will no more tolerate such killings," he added.

The BJP earlier in May had sent a similar team to Sandeshkhali in North 24 Parganas where 26 of its activists were injured in an attack engineered allegedly by the Trinamool activists.

The team in its report to Rajnath Singh has accused the Trinamool of "patronising and harbouring" Bangladeshi fundamentalists to unleash a reign of terror in Bengal.

Reacting angrily over the BJP team's visit, Banerjee charged the central government with interference and accused the BJP of joining hands with the Communist Party of India-Marxist (CPI-M) to create unrest in Bengal.

"It seems, the party at the centre does not want to cooperate. Joining hands with the CPI-M, the BJP has been giving provocation and trying to disturb law and order and create communal tensions in Bengal," she said.

"The Centre should not interfere in our work. Our courtesy should not be misinterpreted as weakness.

"If the Centre doesn't want to cooperate, then we too can do the same. We will take a tit for tat approach and send a Trinamool team to the BJP-ruled states whenever there is any issue there," said Banerjee.

The chief minister also accused the BJP and CPI-M of being involved in the Saturday killing of four Trinamool activists in South 24 Parganas district and the death of jute mill owner in Hooghly district Sunday who was assaulted by mill workers.

Reacting to Banerjee's charges, Azad wondered why the chief minister was not taking steps to prevent the "rampant political violence in the state".

"When she is admitting that violence is taking place, then why isn't she taking action? Instead of pointing fingers at us, she should question herself why her party men are snatching away democratic rights of the people of supporting a political party of their own choice," Azad told IANS.

"She is not the chief minister of Trinamool, rather the entire state... isn't it her duty to look after people belonging to other parties? We humbly urge her to take action so this mindless violence is stopped and people can come out of the shadow of fear and violence," he added.