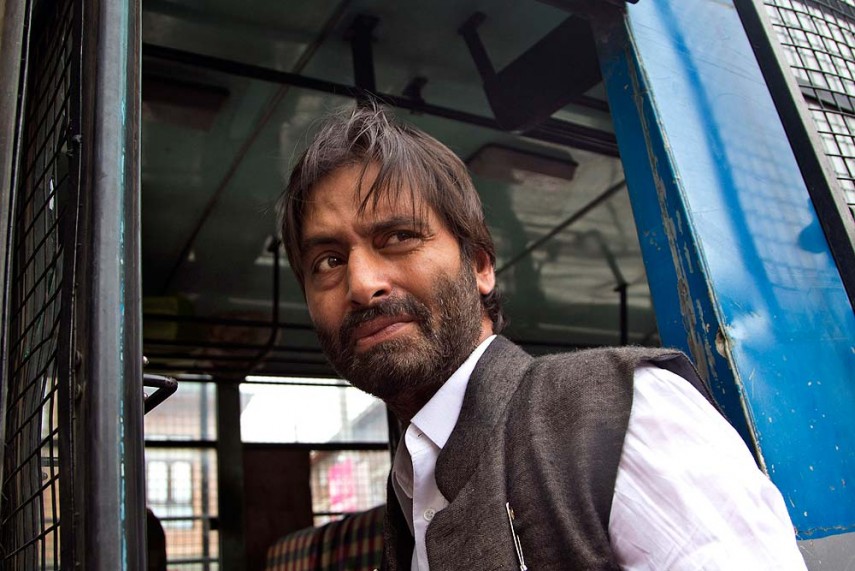 Srinagar: Police Monday intercepted a pro-independence march by the JKLF here and arrested its chairman Yasin Malik and around a dozen supporters.

Malik appeared in Maisuma locality of Srinagar city to march to the city centre Lal Chowk where he was to announce his party's "Quit Kashmir" agitation.

Police arrested Malik and around a dozen of his supporters who were taken to the nearly Kothi Bagh police station. Malik had gone underground a few days back to avoid arrest.

Authorities have imposed restrictions in Lal Chowk and adjacent areas to thwart the JKLF march.