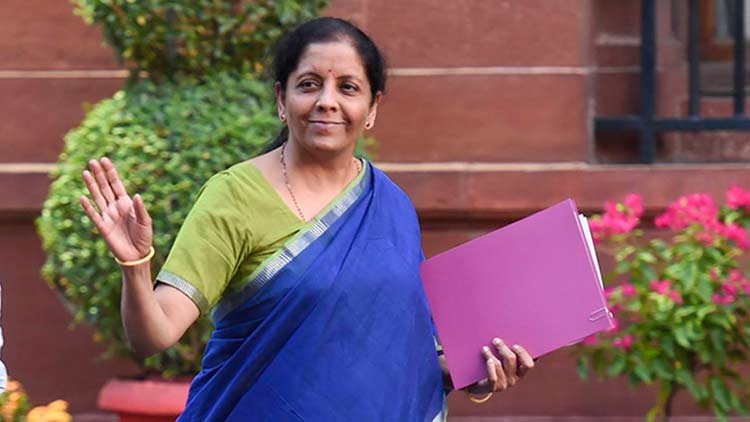 Hyderabad: Union Minister of State for Commerce and Industry Nirmala Sitharaman was Tuesday elected unopposed to the Rajya Sabha from Andhra Pradesh.

Her election was officially announced Tuesday as no other nomination was received Monday, the last day of filing of nominations.

The Bharatiya Janata Party (BJP) had nominated her for the upper house from Andhra Pradesh where the seat fell vacant after the May 9 demise of N. Janardhana Reddy, a former chief minister of Andhra Pradesh.

The Telugu Desam Party (TDP), the ruling party in Andhra Pradesh and a key partner in the BJP-led National Democratic Alliance (NDA) government, supported her nomination.

The election for the lone seat was scheduled July 3. As Sitharaman was the only one to file the nomination, she was declared elected unopposed.

Sitharaman, sworn in as a minister May 26, had to get elected to either house of parliament within six months.

Born in Tamil Nadu and married to a Telugu, Sitharaman is one of the more articulate BJP spokespersons.

The 54-year-old joined the BJP in 2006. She also served as a member of the National Commission for Women.

A post-graduate in economics from Jawaharlal Nehru University and a Ph.D in Indo-European textile trade within the GATT framework, Sitharaman worked as senior manager, research and analysis, with Pricewaterhouse Coopers in London and also had a short stint with the BBC World Service.

She married Parakala Prabhakar, who also served as a spokesperson for the BJP in undivided Andhra Pradesh.

He quit the BJP to join the Praja Rajyam Party (PRP) floated by actor-turned-politician Chiranjeevi in 2008. He later quit the PRP following differences with Chiranjeevi.