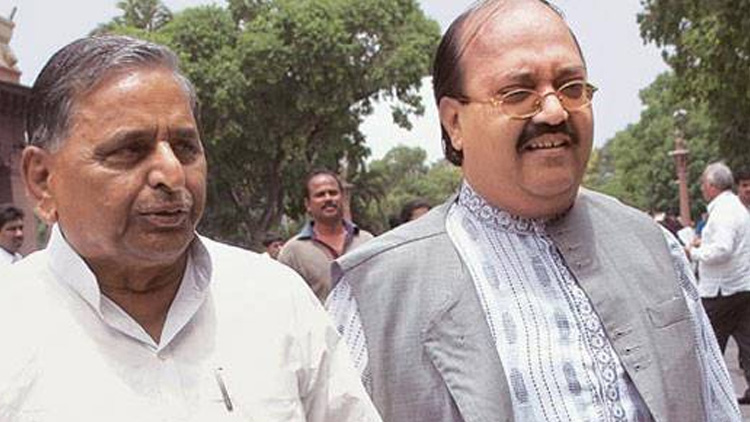 Lucknow: Rajya Sabha MP Amar Singh, who had to face an acrimonious expulsion from the Samajwadi Party, Tuesday shared the dias with his former mentor Mulayam Singh Yadav and Uttar Pradesh Chief Minister Akhilesh Yadav after a gap of four years.

Amar Singh's presence triggered speculation of a possible reconciliation between the two leaders. He is in the city on an invitation from the SP chief to attend the inauguration of a sprawling park in posh Gomtinagar named after the late Janeshwar Mishra.

The two, however, remained focussed on the event.

Mulayam and Akhilesh both greeted Amar Singh but the latter sat with Mulayam's brother and PWD minister Shivpal Singh Yadav and maintained a distance from each other.

Akhilesh Yadav inaugurated the park, while Amar Singh chose to sit alone looking the other way.

He also described his presence at the meeting a personal one.