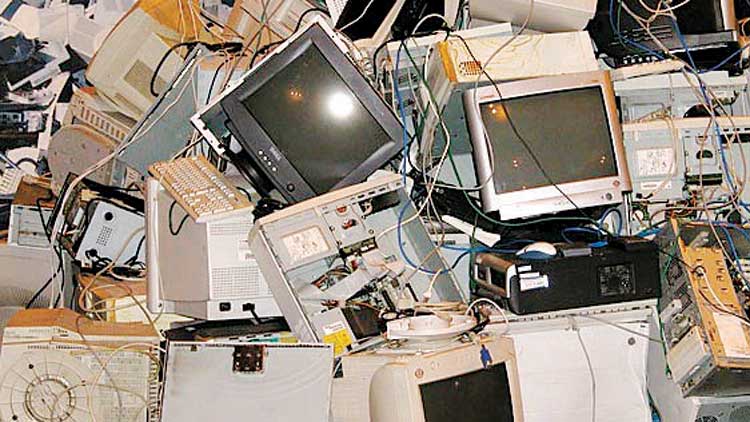 New Delhi: The Delhi-National Capital Region (NCR) is fast turning into the world’s e-waste dumping yard with the capital alone getting 86 percent of waste generated in the developed world, a report said.

"Delhi-NCR is emerging as the world's dumping yard for e-waste and is likely to generate to an extent of 95,000 metric tonnes (MT) per annum by 2017 from the current level of 55,000 metric tonnes per annum growing at a compound annual growth rate (CAGR) of about 25 percent," The Associated Chambers of Commerce and Industry of India (Assocham) said here Thursday citing their latest study.

The study further indicates that the US accounts for the bulk of the e-waste imports into the country, followed by China and the European Union.

Over 250,000 workers are employed in the various organized and unorganized recycling units in the state, the report noted.

Alarmingly, only a small fraction of the total e-waste generated in the country is getting recycled.

The country produces approximately 1.3 million metric tonnes of e-waste per annum. Mumbai generates the highest quantity of e-waste, followed by Delhi-NCR and Bangalore.

In addition to the huge e-waste it generates, Delhi-NCR also imports e-waste from other metros like Mumbai. Also, the bulk of e-waste imports from the developed world end up here.