1,256 cases under CBI investigation of which 64 cases pending for over ...

Plea filed against Kangana Ranaut in SC, requests her social media be...

Mahasweta Devi appears in film based on her own story 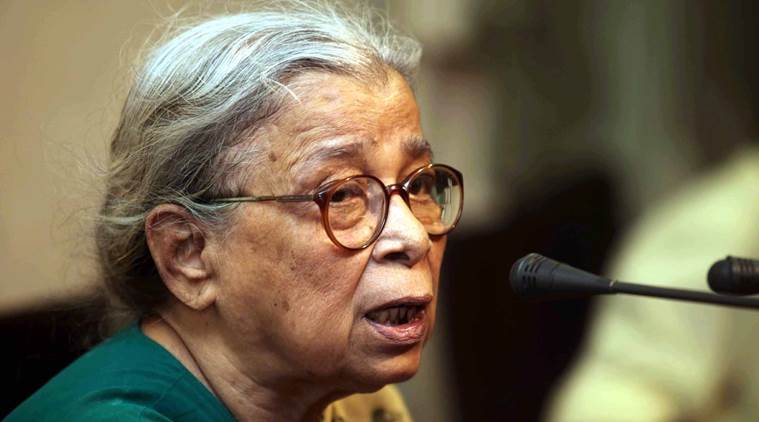 Kolkata: Magsaysay award winning writer Mahasweta Devi, many of whose stories have been made into memorable movies, will herself now appear in one being adapted for celluloid. The movie 'Ullas' consists of three stories, all written by the writer, one of which is 'Dour' (run) in which the prominent tribal rights activist has acted.

The information was passed on by the 86-year-old writer herself in a press meet at the film hub Nandan where some clips of the movie, based on tribal exploitation, were shown. "I haven't shared a frame with any important member of the cast. But this is the first time I am facing the camera," Mahasweta said in her characteristic style of understatement.

'Dour' revolves around the death of a tribal during a recruitment test for police constables which bears an uncanny similarity with a recent real-life incident in which two young men, appearing for the physical fitness test for the posts of Kolkata Police constables, died in the blazing sun. "How prophetic the writer was!" the film's director Ishwar Chakraborty said.

The Padma Vibhushan awardee said she had not seen the film and it is just that she penned the stories.

"I haven't seen the film as yet. Only I have written the stories and followed the words of the director during shooting. I am leaving it to the audience to judge its merits," she said.