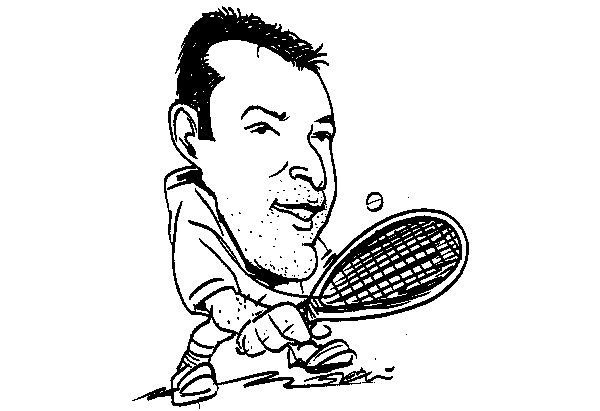 London: Ending days of speculation, Indian tennis veteran Leander Paes has confirmed his participation in the London Olympics setting aside his initial fury at being paired with a lower-ranked Vishnu Vardhan in men's doubles.

"I am looking forward to representing my country with the teams that the All India Tennis Association has selected," Paes said after winning his Wimbledon first-round match in the men's doubles with regular Czech partner Radek Stepanek.

After days of maintaining a stoic silence on his Olympic participation, Paes said despite being left disheartened by the controversy, he is focused on playing "sport and not politics".

The 39-year-old had threatened to withdraw from the Olympics despite being India's number one doubles player after being paired with Vardhan for the big event.

Paes' partners of choice -- Mahesh Bhupathi and Rohan Bopanna -- refused to combine with him and insisted on being sent as a team themselves. The All India Tennis Association ultimately bowed to their insistence, leaving Paes furious.

If that was not enough, his mixed doubles partner for the Games -- Sania Mirza -- also took a potshot at Paes by claiming that she was used as a "bait" to pacify him.

"I am here to play sport and not politics," Paes said

"Unfortunately, I see the games being played within games, and as much as that is very disheartening, I am looking forward to playing my sixth Olympics for my country as I have played for 22 years for the people and the flag."

Paes, the world number seven doubles player, said he had no complaints about being paired with Vardhan, who is ranked 207 in the ATP list.

Asked about Sania's outburst, Paes refused any direct comment, saying, "Every Olympics has some nonsense coming in with it."