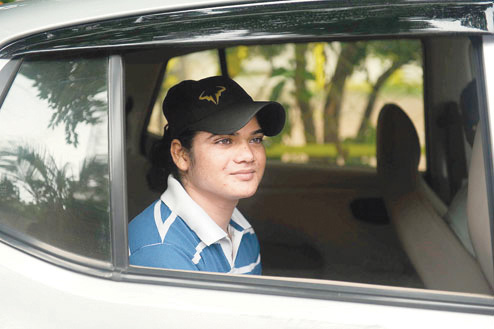 Kolkata: Asian Games gold medalist Pinki Pramanik, arrested after a woman charged that the athlete was a male and had raped her, was on Tuesday granted bail by a court in North 24 Parganas district after spending 25 days in judicial custody.

The bail was granted by the Barasat court to Pramanik, whose chromosome pattern test report to determine her gender was received by the SSKM Hospital on Monday.

Pramanik was arrested on June 14 after she was accused of being a male by live-in partner, a 30-year-old estranged woman who also alleged she was raped.

A PIL was moved in the Calcutta High Court on July 6 alleging inhuman torture on the athlete.

The court has directed the West Bengal government to file an affidavit within two weeks on the progress of the investigation.

The West Bengal Human Rights Commission has also stepped in and directed the home, health and police departments to inquire into the allegations of 'torture' on the athlete in police and jail custody.

Pramanik had won the 4x400m relay gold in the 2006 Doha Asiad and silver in the same event at the 2006 Melbourne Commonwealth Games.