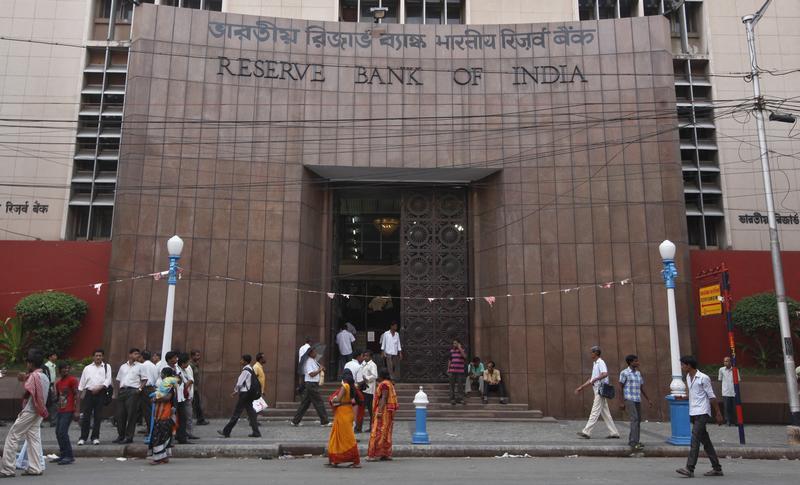 Mumbai: The Reserve Bank of India (RBI) left interest rates unchanged for the second time since June, in line with expectations, while cutting its growth forecast and lifting its inflation outlook as economic conditions deteriorate.

The RBI kept its policy repo rate at 8 percent and left the cash reserve ratio for banks at 4.75 percent. CRR is the share of deposits banks must keep with the RBI.


The RBI's hard line on inflation maintains pressure on Prime Minister Manmohan Singh's government to rein-in populist subsidy spending and take steps to improve the investment climate by implementing long-pending reforms, such as allowing foreign direct investment in the supermarket and airline industries.

A Reuters poll of 20 economists last week showed all but one expected the RBI to hold rates steady.

On Tuesday, the central bank cut its economic growth outlook for the fiscal year that ends in March to 6.5 percent, from the 7.3 percent assumption made in April, putting its outlook closer to that of many private economists.

It also raised its headline inflation projection for March 2013 to 7 percent, from 6.5 percent in its April review.

The RBI unexpectedly reduced the minimum requirement for banks' government bond holdings to 23 percent of deposits, from 24 percent previously, in a move to free up liquidity.

"The Reserve Bank of India struck a hawkish stance in its monetary policy statement," said Anubhuti Sahay, an economist at Standard Chartered Bank in Mumbai. "Overall it affirms our view that any rate cut from the RBI is unlikely in rest of 2012."

"Headline inflation has persisted even as demand has moderated and the pricing power of corporates weakened," Subbarao wrote.

"Non-food manufactured products inflation has also not declined to the extent warranted by the growth moderation. This reflects severe supply constraints and entrenchment of inflation expectations," he wrote.

The central bank cut rates by a steeper-than-expected 50 basis points in April but has maintained a hawkish stance since, even in the face of widespread expectations in June it would cut rates again.

Its hawkish stance makes it an outlier compared with China, Brazil, South Korea and others, which have eased monetary policy in recent weeks to bolster their flagging economies.

The RBI has repeatedly called on the government to take steps to revive investment and cut populist spending that bloats its fiscal deficit, and on Tuesday said an immediate cut in fuel and fertiliser subsidies is needed if the government is to reach its target of cutting subsidies to under 2 percent of GDP.

A study last week by Indian rating agency Crisil found that capital expenditure by 170 private-sector companies will fall by 35 percent on average in the fiscal year that ends in March.

India's fiscal deficit for the fiscal year that ended in March was 5.76 percent of GDP, and many economists say its aim to trim that to 5.1 percent in the current fiscal year looks optimistic.

The RBI sought to assure markets that it will continue to respond to tight liquidity conditions in the banking sector, including through purchases of government bonds.