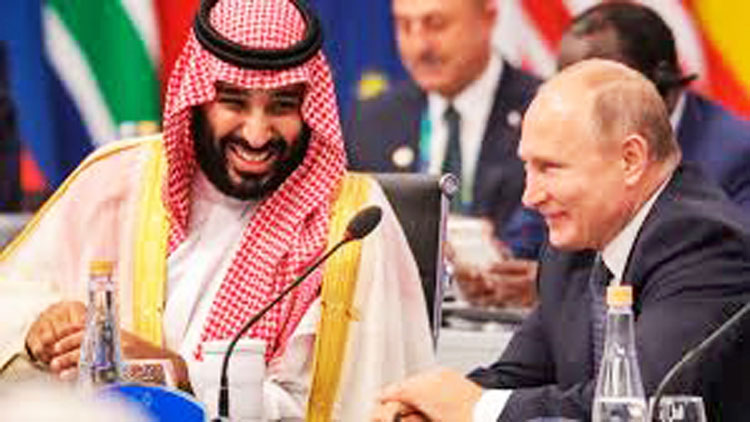 Moscow: The transfer of power in Russia's political system must be gradual and continuity in the political succession is important, Russian President Vladimir Putin said Tuesday.

Putin made his remarks in an address at the Lake Seliger camp, the site of an annual gathering of pro-Kremlin youth activists for almost a month of discussions and forums.

"The succession [of power] for such country as Russia with a developing democracy is extremely important. We must retain all the best and should not destroy everything completely. Move gradually, calmly, with the necessary rotation, but move forward," he said.

The most important document for Russia, as for any other democratic country, is the constitution, which must be strictly observed and remain unchanged, Putin said, noting he had refrained from amending the constitution.

The constitution used to limit the president to two consecutive four-year terms. Putin served as president between 2000 and 2008. He was elected again in 2012, this time to a six-year term, after the length of the presidential term was amended in 2008.

Putin told the activists that although Russia's system of government should change gradually, two-thirds of the government had recently been replaced with new officials.

"The youngest minister is 29 years old. He could just as easily sit here with you and suit your company," Putin said.

Nikolai Nikiforov, 29, is the youngest cabinet member in Russia following his appointment as head of the Communications and Mass Media Ministry in Prime Minister Dmitry Medvedev's government in May this year.

Speaking about the recent wave of anti-Kremlin rallies across Russia, Putin said he respected those taking part in the protests but regrets that oppositionists use the "foreign technologies of colour revolutions."

"We witnessed a number of various revolutions - either the Orange Revolution (in Ukraine) or the Rose Revolution in Kyrgyzstan or some kind of other revolution. I am not saying anything against people, who use such symbols. But it hurts my feelings to see people using foreign developed technologies," the president said.

Mass protests erupted in Russia late last year after the pro-Kremlin ruling United Russia party won the parliamentary election, which the protesters claimed to be falsified. Anti-Kremlin rallies still continue with people wearing white ribbons as a sign of a protest against the ruling authorities.