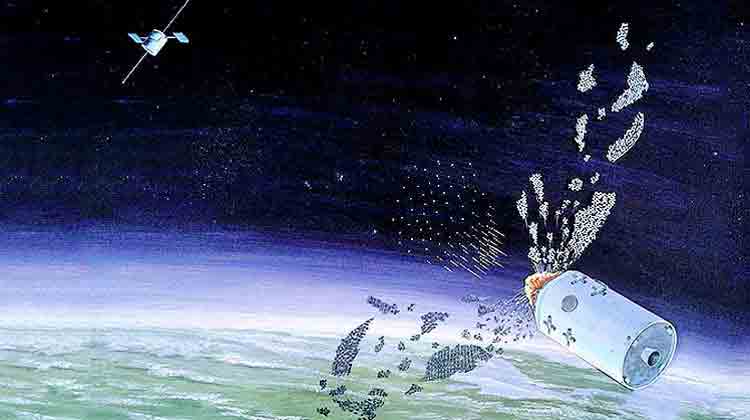 Chennai: India will launch three satellites next month and two more by the end of this year, said a senior official here.

The third is a communication satellite - GSAT-10 - on-board Ariane rocket from Kourou in French Guiana.

Veeraraghavan said the French satellite is expected to be in India soon while the Japanese satellite is already at ISRO's launch centre at Sriharikota in Andhra Pradesh, around 80 km from here.

What is interesting is that the 800-kg SPOT-6 built by Astrium SAS will be the heaviest third party payload that ISRO will be carrying after the 350-kg Italian satellite Agile it put into orbit in 2007.

As the total luggage will be around 815 kg, ISRO will be using its Core Alone variant of PSLV (rocket without its six strap on motors).

The mission will take ISRO's total tally of ferrying foreign satellites to 29.

The Indian space agency in order to augment its communication transponder capacity-(automatic receivers and transmitters for communication and broadcast of signals) will be sending up GSAT-10.

According to Veeraraghavan, the space agency would launch SARAL satellite - an Indo-French initiative - using PSLV-C20 rocket sometime in October-November this year.

Agreeing that ISRO normally do not launch any rockets during that period, Veeraraghavan said if the weather is conducive the rocket could be sent up.

He said ISRO is also planning to launch GSAT-14 a small communication satellite by this December or January next year using its heavier rocket Geosynchronous Satellite Launch Vehicle (GSLV).

The two ton GSAT-14 considered as the replacement for India's the education satellite Edusat is configured with six Ku and six Extended C Band transponders.

In addition, the spacecraft also carries Ka band beacons, which are planned to be used to carry out studies related to rain and atmospheric effects on Ka band satellite communication links in Indian region.

Interestingly, ISRO will be flying a GSLV rocket after a gap of two years. In December 2010, another GSLV rocket with Russian made cryogenic engine was destroyed mid-air within a minute after lift off.

Veeraraghavan said ISRO will be testing its GSLV Mark III model next March but without the cryogenic engine.

"The mission is called X Mission. The rocket will have only the first two stages/engines powered by solid and liquid fuels. The subsystems for the cryogenic engine are being tested. The cryogenic engine is much bigger than the one that will power other GSLV," Veeraraghavan said.