US prez polls: Most Americans predict Obama will win 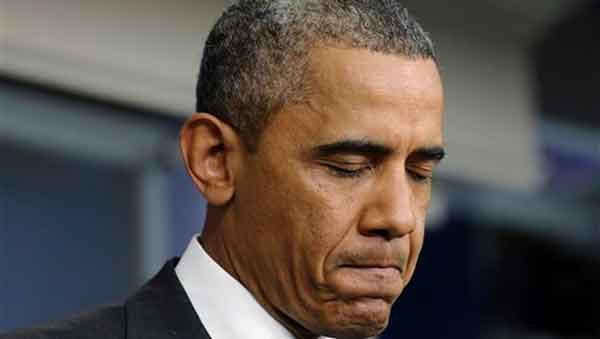 Washington: Majority of Americans believe that President Barack Obama will win the November presidential elections, even as series of latest opinion polls have thrown out a virtual statistical tie between him and his Republican challenger Mitt Romney.

As many as 58 percent of the Americans now believe that Obama will win the elections as against 36 percent for Romney, Gallup poll said today as it released the results of its opinion poll that it conducted between 20 and 22 August.

Americans’ expectation that Obama will win has been remarkably consistent, virtually unchanged since May despite three intervening months of campaigning, Gallup said.

A similar poll by it on 10-13 May had revealed that 56 percent of Americans believe that Obama will win the 2012 elections, as against 36 percent for Romney.

According to an average of recent opinion polls compiled by Realclearpolitics, Obama has a slender lead of 1.1 percentage point over Romney.

In an email to his supporters, Vice-President Joe Biden warned that they might lose the elections if they are not able to raise enough money in the coming weeks, given that the Romney campaign have outraised them for three months in a row.

“Three months in a row, Mitt Romney and the Republican Party have trounced our fundraising totals. And, along with allied outside groups, they’re using that cash to try to obliterate our side on the airwaves, outspending us in some battleground states by margins of up to three to one,” he wrote.

“The pundits are saying this is how we could lose the election. You know what I say? When you get knocked down, get up. There’s no quit in America. There’s nothing we can’t do,” Biden wrote.