Covid reinfections after vaccination not ruled out: Bharat Biotech... 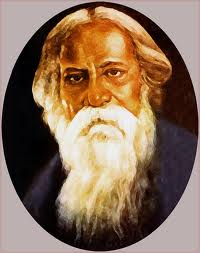 Agartala: As a tribute to Rabindranath Tagore, artists of India and Bangladesh have begun jointly performing various cultural shows, including drama, on the themes penned by the Nobel laureate bard.

Tripura chief secretary Sanjay Kumar Panda, who inaugurated the two-day joint cultural show, said: "Tagore had pooled the people of India and Bangladesh. With this cultural performance, the closeness would be further strengthened."

"With this cultural diplomacy, the people of the two nations, especially the younger generations, would know each other for the future prosperity of the two countries," said the Bangladesh government's mission head in Agartala, Obaidur Rahman.

Monipuri Theatre of Bangladesh is also scheduled to stage "Debotar Grash" in Silchar in southern Assam while another Bangladeshi cultural organisation will perform programmes in Meghalaya capital Shillong and Tripura capital Agartala.

The official said that as part of the ongoing joint celebrations of the 150th birth anniversary of Rabindranath Tagore between India and Bangladesh, the Indira Gandhi Cultural Centre and the Indian High Commission in Dhaka are also organising Tagore Dance Drama "Chitrangada" in Odissi style in various cities of Bangladesh.

Composed, choreographed and directed by noted Odissi exponent from India, Debamitra Sengupta, the dance drama would be staged at the Medical College Hall in Rajshahi in Bangladesh Sunday. The drama was performed at Jatiyo Natyashala under Bangladesh Shilpakala Academy in Dhaka Friday.

The joint cultural celebration and performances are part of the commemorations of Tagore's 150th birth anniversary. The cultural ministries of the two countries are organising the joint cultural programmes.