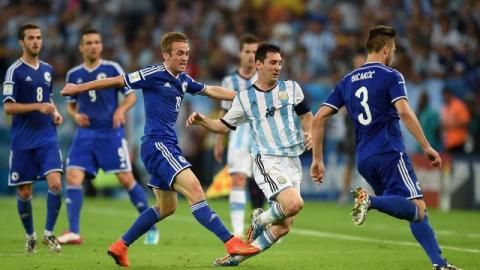 Mumbai: Music maestro AR Rahman, who has for the first time teamed up with filmmaker Yash Chopra for his upcoming film 'Jab Tak Hai Jaan', says his filmi career is now complete as he has given music for Chopra's movie.

"Yashji saw one of my concerts in London, we invited him. He felt that I should give music in his film. It was kind enough of him to call me. It is a great honour for me. I had not worked with him and now my whole thing...meaning career wise is complete," Rahman told reporters here yesterday at an event.

"I am very happy to have worked with him. We had great time, it was a great experience. And he (Yash Chopra) seemed happy. I hope people feel the same," he said.

After enthralling national and international audience with his compositions, Rahman is all set to feature on the TV show 'MTV Unplugged' with his acoustic score.

Rahman said he took quite some time to give his nod for it as he was always running away from such a performance.

The Grammy award winner has been roped-in for the second season of 'MTV Unplugged', scheduled to go on air in November. Rahman would feature in one of the episodes.

"It took me quite a lot of time to feel convinced that I should do one and do it in style. I have been dodging this kind of performance since ages," Rahman said.

On what could the audience expect from him on the show, Rahman said, "I would be doing the classic song 'Aaj Jaane Ki Zid Na Karo' (popular ghazal). I strangely felt like doing it. This is first time I am singing someone else's composition. As far as my songs go, I would be doing 'Rehna Tu', with a new intro."

'Rehna Tu' was composed by Rahman and penned by Prasoon Joshi for the 2009 film 'Delhi 6'.

'MTV Unplugged' showcases bands performing only on acoustic instruments that are not electronically amplified.