Railways drawn in Group A of 2nd Women's Nat'l C'ship 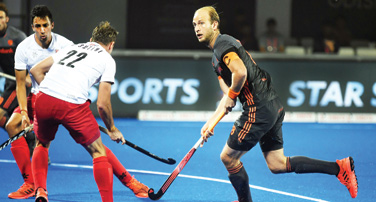 Bhopal: Defending champion Indian Railways has been drawn in Group A along with Maharashtra and Kerala in the 2nd Hockey India Senior Women National Championship to be held here from October 14 to 23.

As many as 27 of Hockey India's member units have confirmed their participation in the Championship which will be played on a league-cum-knockout basis on the artificial pitches of AishBagh Hockey Stadium and Dhyan Chand Hockey Ground near Mayur Park.

Hockey India Selectors, a Government Observer and Chief Coach Neil Hawgood will watch the performance of players to select the probables for future coaching camps regarding preparations for World League Round II to be held in Delhi from February 18- 24 next year.