Over 20 dead in Afghan violence 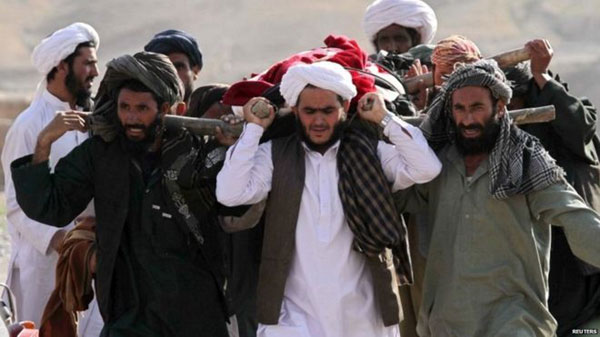 A girl walks as she carries jerrycans to fill water from a tap in Kabul on October 17, 2019

Kabul: Ten security personnel were among more than 20 killed in clashes in Afghanistan Wednesday, authorities said.

Ten other security personnel were injured, while four Taliban militants were also killed in the clash, Xinhua quoted Nuri as saying.

Nine more Taliban militants were killed in Shahrak district of Ghor province during a raid on their hideouts by Afghan and NATO-led forces.