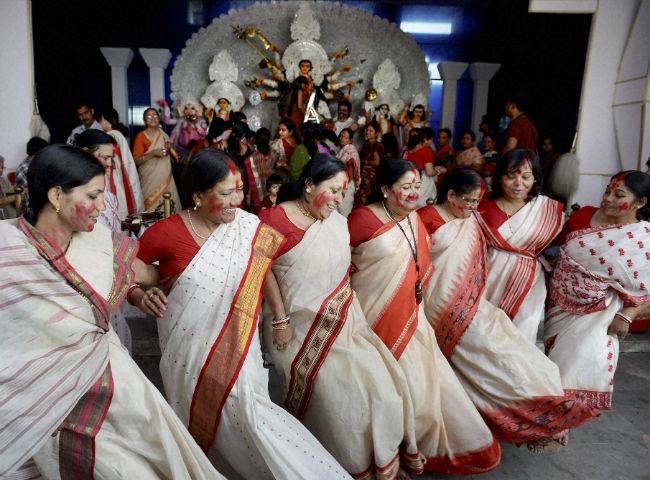 Feminist groups and their ideology buffs need to know what the real discrimination against second sex is.

It is in the medical field. Treating woman equal to man is the problem here; not the other away round.

Many medicines women take are tested only on men. The result is various physical ailments to them.

Look at the latest Harvard university study: women taking anti-depressants may have a significantly higher risk of deadly blood-pressure. Their babies may have problems with IQ and growth.

For better or worse, many such women may fail to have children, because the medicine may cause miscarriage.

Why it is so? According to the study the drugs were not tested for safety on pregnant women.

It is now evident many pills commonly used by women weren’t put to gender-specific tests. Pills like painkillers and heart drugs were not tested on females, pregnant or otherwise, reports Daily Mail.

Drug companies opt for male volunteers for drug tests. It is easy to test medicines on men because of their “stable” physical aspects. But women’s “fluctuating monthly hormonal cycles” may affect “drug’s actions”. Drug companies don’t want to poke their heads into complex study results. It is such breakneck competition out there.

So the easy option is test them on male samples, and then flood the market with the “safe drug”. Man or woman, what matters is money.

Many drug companies overlook a serious fact: both male and female physical reactions to the same drug may be very different. Even widely prescribed drugs may prove difficult. And there are evidences to suggest it, reports say.

A most recent study in Dutch labs shows that women are four times more likely than men to suffer side effects from a commonly prescribed drug for blood pressure.

It is not known whether the drug is widely used across world. But its range of reactions includes “nausea and confusion to coma even death.”

Supporting this, in 2001 a study in New Zealand found women to be 70 per cent more likely to suffer reactions to drug for skin conditions.

Earlier Erasmus Medical Centre in Rotterdam studied 7,000 patients admitted to the hospital after reacting to their drugs. They found one in three admissions reacting to commonly prescribed heart drugs.

Listen to what Dr Anita Holdcroft of Imperial College, London, says: “Women are about twice as likely to suffer side-effects from prescribed drugs as men.”

According to her in the tests of anti-inflammatory drugs 90 per cent do not have data about sex differences. More importantly there are only 8 per cent of women involved in basic science of pain research, Daily Mail says.

According to the report female physique absorbs drugs differently and reacts differently. Women may have higher proportion of body fat than men, and “many drugs bond to fat molecules”.

So what does it mean? Yes, female physique absorbs higher amount of drugs than man, even when given the same dose, according to the British newspaper.

Another overlooked fact is that women’s kidneys work more slowly than men’s, and as a result chemicals stay in their system longer. This could increase the risk of reactions.

Feminists can well turn their lung power to this serious problem. Because, who knows whether even pregnancy drugs are tested only on men!