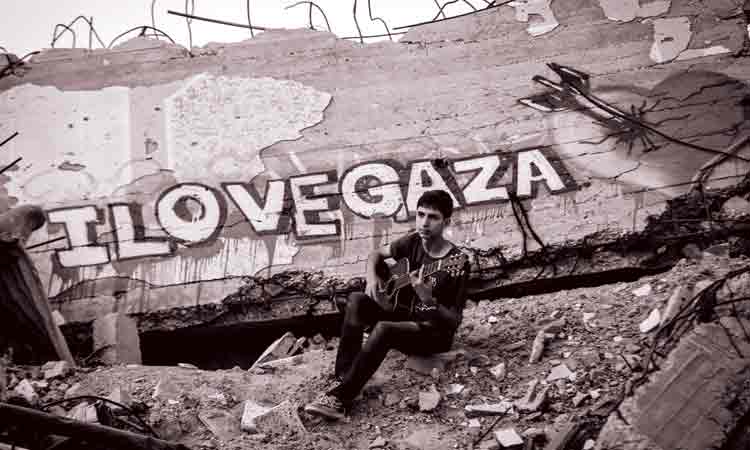 Gaza City: Three people were killed early Monday morning in new Israeli air strikes on Gaza, pushing the death toll in six days of violence to 85 Palestinians, health officials said. "The toll of martyrs has risen to 80 with the deaths of Nisma Abu Zorr, 23, Mohammed Abu Zorr, 5, and Ahid al-Qatati 35, in an air strike on the Azzam home in the east Gaza city,” health ministry spokesman Ashraf al-Qudra told AFP.

The strike in the Zeitun neighbourhood came after a night that saw Israeli war planes level a Gaza City police station as navy ships kept up sustained fire at the Gaza shore, AFP correspondents said.

The deaths came after multiple raids on Sunday that killed 31, in the bloodiest day of Israel's bombing campaign, medics said.

The number of injuries rose over 700, officials said.

At least 10 children, five of them babies and toddlers, and six women were among those killed on Sunday, in attacks that came even as diplomatic efforts intensified to broker an end to the bloodshed which began on Wednesday.

The violence has also cost the lives of three Israelis and injured more than 50, according to medical sources.

By far the deadliest strike was in northern Gaza City where a missile levelled a three-storey building, killing nine members of the Al-Dallu family -- five of them children -- and two other people, medics said.

The body of another woman from the same family was also pulled from the rubble but her identity was not immediately clear.

The other two victims, who lived next door, were named as Amina Mattar al-Muzzana, 83, and Abdullah Mohammed al-Muzzana, 22, Qudra said.

The Israeli army had no immediate comment on the strike, only saying the air force had hit "a few targets in northern Gaza City".