US sends warships to W Asia to evacuate Americans, if needed 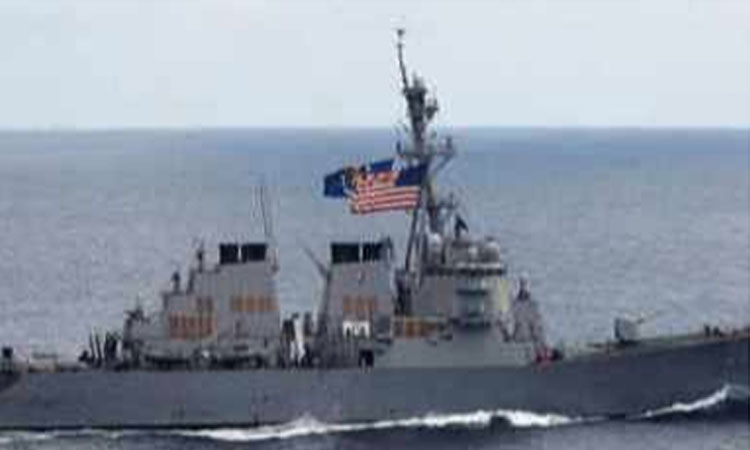 Washington: As tension escalates in West Asia, the US has dispatched three warships to the region to be on standby in the event of a need, even as President Barack Obama and Secretary of State Hillary Clinton spoke to world leaders in efforts to defuse the crisis.

Quoting unnamed Defense Department officials, the CNN said these three US Navy amphibious warships would be used only for the purpose of evacuation of Americans in the region in the case of escalation of the conflict.

The warships were not for any combat role they specified.

"This is due diligence. It is better to be prepared should there be a need," an official was quoted as saying.

The ships are USS Iwo Jima, the USS New York and the USS Gunston Hall.

The crisis continued to divert the attention of Obama, who is currently on a South East Asia visit.

He spoke for a third time in less than a week to Egyptian President Mohammad Mursi and Israeli Prime Minister Benjamin Netanyahu seeking to de-escalate the tension.

"President Obama also offered condolences for the terrible loss of life in the recent train accident in Egypt," the White House said.

"Obama then called Prime Minister Netanyahu of Israel, and received an update on the situation in Gaza and Israel. In both calls, President Obama expressed regret for the loss of Israeli and Palestinian civilian lives, and agreed to stay in close touch with both leaders," the White House said.

The US wants the situation to de-escalate and is working with parties and regional players, State Department spokesperson, Victoria Nuland, told reporters at daily news conference.

"As we have said again and again, we want to see any leaders with influence use it to help the parties de-escalate. The Egyptians have been playing a leading role in trying to get this de-escalated. We've been supportive of those efforts," she said.

"The most important urgent matter is to de-escalate this conflict on both sides including the fact that Hamas is still firing rockets into Israel," she said.