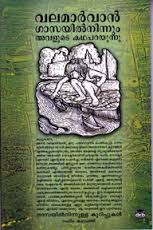 Gaza City: A Palestinian shot by Israeli troops in the southern Gaza Strip on Friday has died of his wounds, a Palestinian medical official said.

The official said that Mahmud Jarghun, 21, died early Saturday morning at a hospital near the town of Rafah, of a gunshot wound to the pelvis.

Palestinians said he was one of several men injured by Israeli fire in farmland close to the Israeli border fence, east of Rafah.

The Israeli army said troops opened fire at a group of men attempting to breach the fence, after they ignored warnings.

"When they didn't stop, shots were fired at their legs," a spokeswoman said.

There have been a number of similar border incidents since the November 21 announcement of a truce between Israel and Gaza's Hamas rulers after eight days of fighting between Israel and militants which claimed the lives of 174 Palestinians and six Israelis.

Also Saturday, the head of the Gaza fishermen's union said Israel's navy arrested 11 men as they fished off the northern Gaza coast.

"The Israeli navy... Called on the boats to return to the permitted fishing area," she said. "When they failed to comply the boats were taken to Ashdod port" in Israel.

As part of the truce, Israel's naval blockade of the coastal territory was eased to allow fishing boats to operate up to six nautical miles from shore, instead of three previously.