'Would continue working with other nations to isolate N Korea' 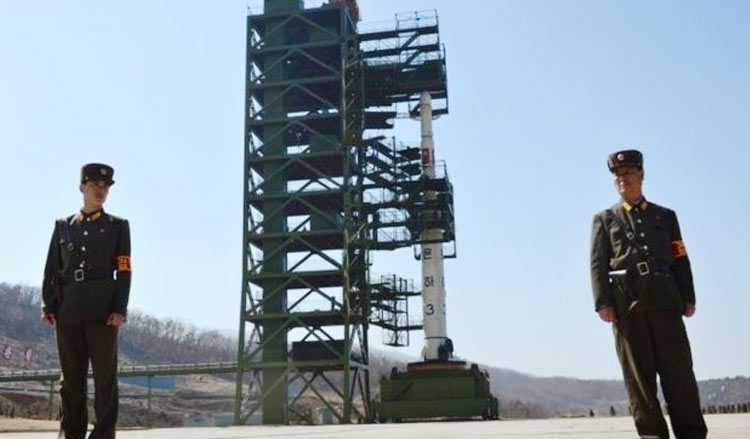 Washington: A day after the highly-provocative missile launch by North Korea, in violation of the UN Security Council resolution, the White House has said the United States is working with its international partners, China and Russia in particular, to isolate the North Korean regime.

Simultaneously, the Obama Administration warned the North Korean regime that there will be consequences of its actions, but it did not elaborate on it.

"The (US) President (Barack Obama) is concerned about North Korea's behaviour, and has been. He has made non-proliferation a top national security priority and will continue to do that, and he will continue to work with his international partners to put pressure on North Korea, to isolate and to impose consequences on it for the actions that it continues to take," the White House Press Secretary Jay Carney told reporters at his daily news conference yesterday.

"There has, and remains, a path for North Korea to end its isolation, but that requires abiding by its international obligations, abiding by the United Nations Security Council resolutions that I mentioned before. It has chosen not to, and therefore, there will be consequences for that," Carney said.

He said that the United States is considering the matter very seriously and would like to work with its international partners regarding the same.

"We engage with the Chinese, the Russians and others on the Security Council and beyond in our effort to build a consensus about the unacceptability of North Korea's actions with regards to its ballistic missile program and obviously its nuclear program," Carney said.

Reiterating that it was a provocative act that threatens regional peace and security and undermines the global non-proliferation regime, the US official said it is regrettable that the leadership in Pyongyang chose to take this course in flagrant violation of its international obligations.

The UN Security Council Resolution 1718 requires the DPRK to abandon its ballistic missile program in a complete, verifiable and irreversible manner, he said, adding that the UN Security Council Resolutions 1718 and 1874 require Pyongyang to suspend all activities related to its ballistic missile program and to reestablish a moratorium on missile launches.