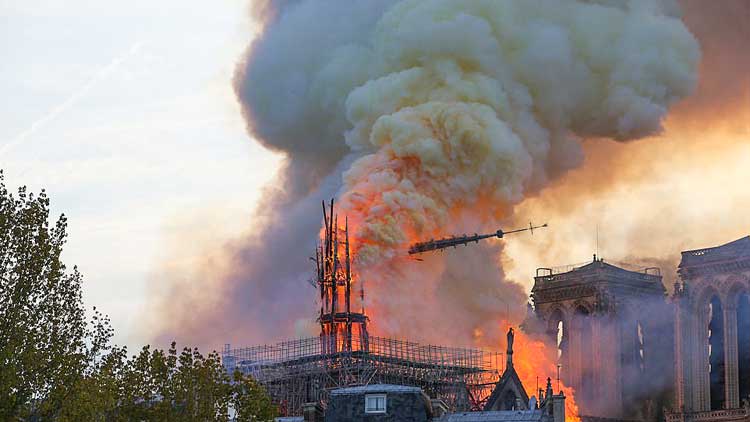 Paris: Five people, including a child, were killed in a fire that broke out early Wednesday in an apartment building in a Paris suburb, Xinhua reported.

Two apartments in the six-storey building - in Gennevilliers, a northern suburb of Paris - were reportedly damaged in the fire that was first noticed 4.15 a.m.

Eighteen people, including an infant, were hurt and most were in hospital. It was not immediately clear how the fire started, a fire official said.