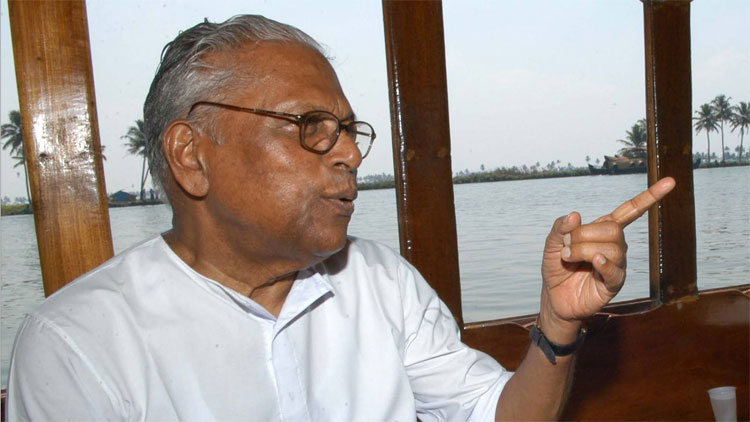 In this photo taken on VS Achuthanandan'

Kozhikode: A court on Thursday posted to February 5 a petition by Opposition leader in the Kerala Assembly VS Achuthanandan seeking to hear his views while considering the report into the allegations by KA Rauf, a businessman, in the ice cream parlour sex scandal case.

Achuthanandan had personally appeared before First Class Judicial Magistrate Court here on July 6 last year and filed the petition seeking that his version would also be heard before the court takes a decision on the probe panel findings that there was no ground for re-opening the case based on the allegation that the original probe was "sabotaged" by IUML leader and state Industries Minister PK Kunjalikutty.

Earlier, the probe team had submitted a report in a court here stating that there was no evidence to substantiate the charge that the case was sabotaged.

The case pertains to allegations that an ice cream parlour in the district was used as a cover for running a sex racket in the late 1990s.

Though Kunjalikutty never became an accused in the case, he had come under a cloud in the wake of the scandal and even had to quit the ministry then.

The scandal surfaced after Rauf, a relative of Kunjalikutty, alleged that he had helped him to wriggle out of the case by indulging in improper means, including bribing the witnesses.

A fresh probe was ordered by the then LDF Government headed by VS Achuthanandan on revelations of Rauf.