Kerala Protection of Women bill to be enacted soon 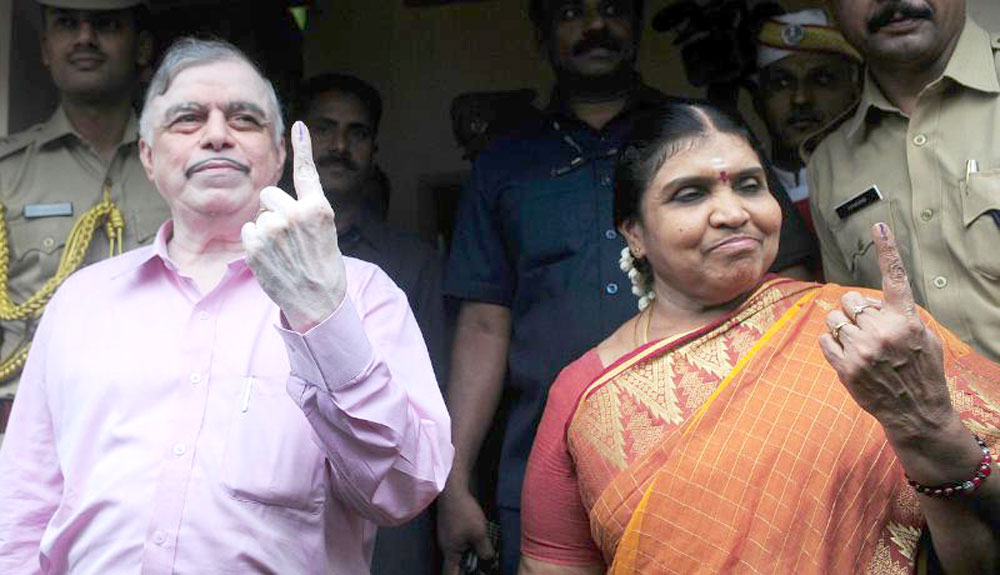 Thiruvananthapuram: Congress-led UDF government Friday announced that it would soon enact a new legislation to provide greater safety for women and a policy that asserts the right of every woman to live without fear and with respect.

In his customary address to the assembly on the first session of the year, Governor H R Bhardwaj said 'Nirbhaya', a comprehensive policy that asserted the right of every woman, had already been notified.

Bhardwaj said new programmes were initiated in the wake of growing atrocities against women and the gruesome events in the recent past symbolised by the tragic death of a young lady (referring to the Delhi gangrape incident).

On other welfare schemes to be taken up by government, Bhardwaj said in the first phase of its flagship programme 'Zero Landless State by 2015', government plans to provide one-lakh poor families with three cents by August this year.

For the growth of IT sector, government intended to start an 'Innovation Zone' with an initial investment of Rs.100 crore in Kochi to accelerate innovation and entrepreneurship in the state, he said.

To check the rise in price of essential commodities, he said the government would take steps to further strengthen PDS and would also open more 'Maveli' stores (fair price shops) and would continue to distribute 25 kg of rice at one Rupee to BPL category families.

On the agriculture front, he said a new Agrarian Policy would be declared soon and establishment of a Farmers Welfare Fund Board and Farmer's Tribunal was under active consideration. This year's slogan would be 'Karshaka Raksha Bhakshya Subiksha', he said.

A Social Security Fund on a participatory mode would be set up during the current financial year and a high Tech Cooperative Farming in association with the Agriculture Department would be encouraged, he said.