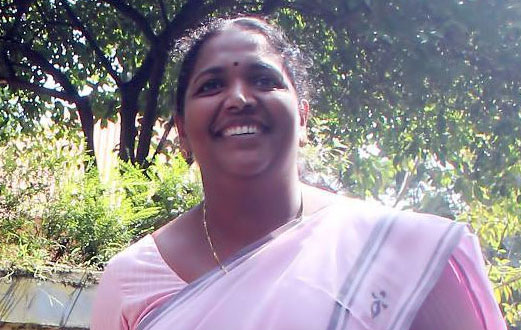 Though Chief Minister Oommen Chandy announced that the Government was prepared for a judicial inquiry into the police action on CPI MLAs E S Bijimol and Geetha Gopi yesterday, Opposition Leader V S Achuthanandan insisted on immediate suspension of the "erring" police personnel.

Chandy, quoting ADGP's report and video visuals on the incident, said though nothing could be found in them to take instant action against police officials, considering the seriousness of the incident government was ready for a judicial probe.

After heated exchanges during the Zero Hour, rejecting the Government's stand slogan-shouting opposition members, including women MLAs, rushed to the well of the House. Four of the women MLAs even scaled the Speaker's podium and kept on chanting "we want justice and protection."

Speaker G Karthikeyan then rushed through the rest of the business and adjourned the House hours ahead of the day's schedule.

This was the third day that the LDF was disrupting proceedings in connection with the alleged involvement of Kurien in the Suryanelli case. The opposition has been pressing for a further investigation in the case in the wake of the victim sticking to her charge against Kurien.

Kurien has all along rejected the charge and the demand for his resignation, saying it was a matter which had already been cleared by the Supreme Court.

The Leftist women outfits Wednesday held a protest over the issue in front of the Assembly and some agitators, including Bijimol and Geetha Gopi, were allegedly roughed up by police. The two MLAs have been hospitalised.

During question hour itself, opposition members had come to the House, holding placards deploring the alleged action against the protesters.

Responding to the adjournment notice given by CPI leader C Divakaran, Home Minister Thiruvanchur Radhakrishnan said he would be tabling the ADGP's report and the video clippings of the incident.

The Minister said police had only removed the protesters when they tried to barge into the assembly complex and that they had handled the situation in a restrained manner was evident from the visuals.

The Home Minister, however, said the government was prepared to order a judicial probe into the incident as it was firm in its stand that MLAs should be treated respectfully.

Divakaran vehemently disputed the minister's contention and alleged that police even snatched the 'mangalsutra' of Bijimol and tore the sari of the other MLA who was on the scene.

Taking a dig at Chandy, Divakaran said Government had been taking the recent developments in the Suryanelli case rather lightly despite the AICC taking a positive position that the allegation against Kurien would be examined. "This shows that the cultural standard of AICC is far superior to the stand taken by your government," he added.

The Chief Minister said government was prepared to go through the video and other reports jointly with opposition to verify if police personnel had misbehaved with women protesters. If anybody was found guilty, action would be taken, he said.

The opposition, however, stuck to their stand that the judicial probe should be preceded by suspension of the police personnel who, they asserted, roughed up the protesters.

Uproarious scenes were witnessed in the House yesterday with LDF members upping the ante against the government's refusal to order a fresh probe and protesting the alleged action against women protesters including two MLAs during a march to the Assembly complex. The members later boycotted the assembly, leading to its adjournment.

The LDF had accused the government of trying to avoid further investigation in the 1996 case.

The girl from Suryanelli in Idukki district was abducted in January 1996 and transported from place to place across Kerala and sexually exploited by different persons.

Kurien's name figured again in connection with the case after the victim wrote to her advocate on January 29 to explore the possibility of filing a review petition, seeking a fresh probe against him.