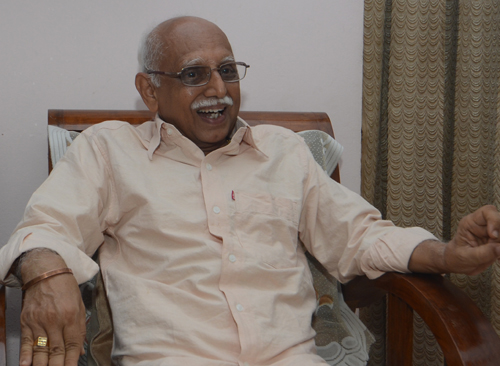 Thiruvananthapuram: Speaker G. Karthikeyan Friday warned legislators against indiscipline in the house and expressed "strong displeasure" over the "clear violation of discipline" by four women legislators who stormed the speaker's podium Thursday.

"The act of the four women legislators yesterday (Thursday) is a clear violation of discipline. I express my strong displeasure and I admonish their act," Karthikeyan said.

He also added that it was wrong on part of a few opposition legislators who "came up to the dais near me" Feb 4. "Since I am not taking tough action, please do not see it as a weakness," the speaker warned.

Leader of opposition V.S. Achuthanandan accused chief whip P.C. George of exceeding all limits of decency by terming all opposition legislators as "lump" in a speech he made recently.

"He speaks ill of orphans, dalits and also of the Suryanelli sex scandal victim. This is unbecoming of a person who holds a post of the chief whip," said Achuthanandan amid thumping of desks by the opposition legislators.

Achuthanandan's remarks caused an uproar in the house with opposition legislators demanding that Chief Minister Oommen Chandy should express his views on the issue.

"I have not heard his (George's) speech. (But) I don't believe George said something like this. I wish neither he nor anyone else should ever speak like this.

"We legislators should always be careful in choosing our words and actions because we are always under the scanner of the people," Chandy said.

George stood up and apologised for his remarks. However, agitated opposition members demanded that action be taken against him. Amid the uproar, Karthikeyan adjourned the house.

The house met again after 50 minutes and the speaker assured the opposition members that the video of the speech made by George would be scrutinised.

The MLAs were allegedly roughed up while they were demanding a new probe into the allegations raised by the Suryanelli sex scandal victim that Rajya Sabha Deputy Chairman P.J. Kurien had exploited her 17 years ago.

Since it convened early this week, unruly scenes have been witnessed in the Kerala assembly with the opposition Left not losing any opportunity to nail the Chandy government, especially on the Suryanelli scandal issue.