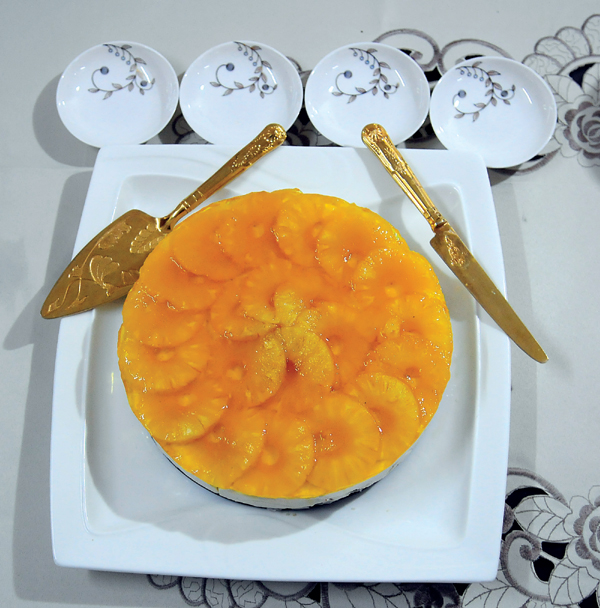 Thiruvananthapuram: After netting a handsome revenue of Rs 6.75 crore in nine months through food-making venture, prisons in the State are planning to diversify into more products like cakes, 'pappad' and footwear with an aim of fruitfully engaging prisoners and selling these items to the common man at affordable prices.

Starting with a modest investment for buying kitchen tools and harnessing the labour of prisoners, it was initially chapati-chicken curry that clicked in the market.

According to a top Prison Department official, the prison food business posted an impressive turnover of Rs 6.75 crore in the first nine months of this year and is expected to touch about Rs 10 crore by the end of March.

"More than the profits, we draw greater satisfaction from the service we are rendering to the poor and needy by supplying them food at cheaper rates and gainfully engaging the prisoners," Alexander Jacob, ADGP (Prison), told PTI.

Six jails in the state-- three of them central prisons in Thrissur, Kannur and Thiruvananthapuram and three district jails in Kollam, Ernakulam and Kozhikodehave together netted the amount by selling chapatis and chicken curry, idli and sambar and adding cakes as the festival season fare.

When Kerala Prison Department ventured into the food business, the sole model before it was the food-making unit of Tihar Jail in Delhi, which sold about of 1.5 crore chapatis and 20 lakh packets of chicken curry last year.

Though figures may vary each day, an average of 1.12 lakh chapatis and thousands of packets of chicken and vegetable curry, prepared by prisoners, are sold out daily now in Kerala.

What made the business successful is the cheaper price of the jail dishes which are sold in counters before the prisons and also taken out in vehicles to spots like important government hospital premises.

While hotels charge Rs 75-90 for a plate of chicken curry and Rs 7-8 for one chapati, the jail chicken-chapati combine costs just Rs 30.

It was after the chicken-chapati clicked that prison authorities started dishing out idli-sambar, the most common breakfast combination of south Indians. Adding variety, the prisons also added chicken chilly to their menu and will be coming out with spicy biriyani soon.

Encouraged by the demand for their products, prisons are now planning to foray into new ventures like making of cake and pappad and footwear to be sold at cheaper prices.

"We began the chapati-chicken curry enterprise on an experimental basis last year. We envisaged it as a social service than as a business to make profit. Poor people who could not afford huge price for food were our target customers and we wanted to provide them quality food at cheap rate," Alexander Jacob said.

The demand for jail chapati and chicken has been increasing day by day and long queues can be seen in front of the sales outlet to buy a packet. Affordable price and home-made taste are the major attractions of the dishes, he said.

The cost for buying a few chapati-making machines was the only investment for this venture. Chicken was mainly sourced from the prison poultry farms while freshly plucked vegetables from jail gardens are used for making vegetable curries. More than 100 prisoners are working in different shifts to meet the rising demand for the prison food.

Jacob said the "service aspect" of the project was more important than its commercial results.

"We only take 10 per cent profit from the consumers. We mainly target the by-standers of patients in hospitals, poor housing settlements, old-age homes and orphanages in our projects. They can avail quality food at cheaper rates from our mobile outlets. That is what I consider as the focus of this initiative," he said.

As profit is not the motive of the project, the prisons are not taking bulk orders such as catering to marriages or big parties. The prisons have made it a norm that more than 50 packets of food would not be sold to a single individual.

The prisoners also benefit from the initiative with cooks and helpers earning Rs 117 as their daily wages so that they can send an average of Rs 3500 to their families a month, Jacob said.

Cakes costing below Rs 100 and low-price rubber sandals are the next in line and the food business initiative would be extended to two more prisons soon, the ADGP added.