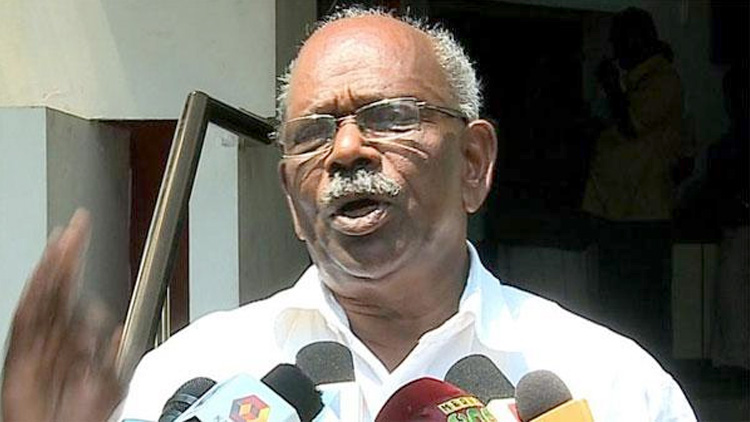 New Delhi: The Supreme Court on Wednesday rejected controversial CPI-M leader MM Mani's plea to quash FIRs registered against him over his speech on elimination of political foes.

Refusing the plea, the division bench of the apex court said that the State government can go ahead with the case.

Mani had earlier moved the Kerala High Court saying if such tendencies are not checked, it would sound the "death knell" of democracy. Justice S Satishchandran of the HC, however, dismissed his plea saying the speech and the revelations prima facie discloses commission of cognisable offence, which fully justifies registration of crime and said the investigation could go on.

Mani, who was Idukki district secretary of CPI-M, had at a public meeting stated that the Marxist party had eliminated at least three of its political foes in the 1980s. A deeply embarrassed CPI-M had later removed him from the post.

Police had registered cases against Mani and five others on the basis of the disclosures, including one pertaining to the murder of a Congress worker who was shot dead on November 13, 1982.