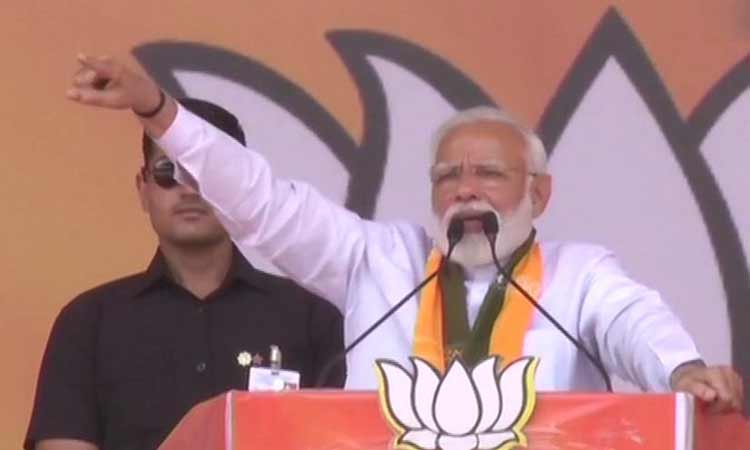 Ahmadabad: Gujarat Chief Minister Narendra Modi, keynote speaker at the Wharton India Economic Forum, has been dropped from the event after criticism from the prestigious business school's alumni and management.

Reports also say that Gujarat-headquartered Adani group, headed by Gautam Adani, will no longer be a sponsor of the student-organised conference, scheduled for March 22-23.

The BJP, however, played down the cancellation of Modi's keynote address to the prestigious Wharton School in US, terming it as a "minor issue".

The party also hit back at the Congress for its criticism of Modi, saying partymen in the BJP rose to become leaders with their hard work while those in the Congress party were born only in one family.

"It is a minor issue. Students wanted to listen to Modi. But it is unfortunate that the organisation cancelled the function," BJP Spokesperson Prakash Javadekar said.

The prestigious Wharton School had on Sunday cancelled the keynote address of Modi slated for later this month following uproar from a section of university professors and students on the invitation.

The organising committee of the prestigious annual event apologised for putting the university and the Wharton School administration in a "difficult position".

On the Congress attack of Modi that he is "not a leader of stature", Javadekar said, "There is no leadership crisis in BJP. (Union Minister V) Narayanasamy should look within as there is crisis of leadership in the Congress."

"Leaders in the Congress come from only one family. In BJP, leaders come up in a democratic way through hard work and display of their talent."

Congress had hit out at BJP for its focus on Modi, saying it betrays a "leadership vacuum" in the main Opposition party as the Gujarat Chief Minister is "not a leader of stature".

"Modi is speaking in a very foul language. He is not a leader of stature. He does not have a political culture. Modi is a state Chief Minister. BJP is totally blank on leadership ...there is leadership vacuum in BJP. They have no other leader so they are banking on him," Narayanasamy had said.