Saina in quarters of All England 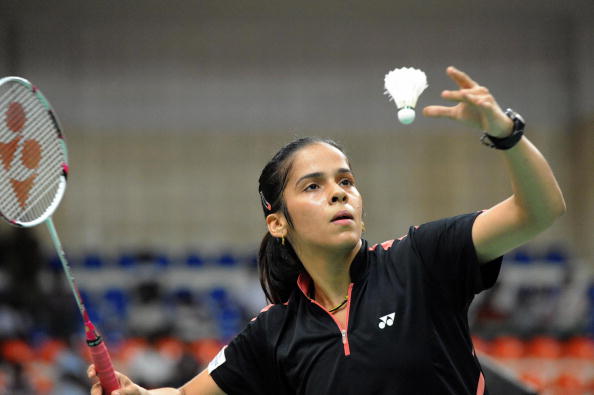 However, it was curtains for rising shuttler P.V. Sindhu and mixed doubles pair of Jwala Gutta and V. Diju, who lost their second round matches in their respective categories in the Super Series Premier tournament.

The second seed next faces sixth seed and old nemesis Shixian Wang of China against whom the Indian has a 3-1 head-to-head.

After a tough first round against Thai Sapsiree Taerattanachai, Saina had it easy against the Indonesian.

She dominated the match with her traditional smashes as Belaetrix proved no match for the Olympic medallist.

In the first game, the Indian led from the start but really took off from 13-all, clinching the game in the next few minutes.

Saina just proved why she belongs at the top in the second game, as she completely dominated her opponent making her run all around the court.

The Hyderabadi took flight right from the start taking a 12-2 lead, from where she never looked back. She plays her next match Friday.

Meanwhile, the 17-year-old Sindhu went down to German fourth seed Juliane Schenk in another women's singles clash losing 17-21, 14-21 in 39 minutes on Court No.2.

This was Sindhu's second straight loss to Juliane after losing to the World No.4 in the second round of the Indonesia Open last year.

Sindhu took off well in the first game and led the World No.4 5-1.

Schenk fought back but the Indian managed to keep the lead till the end of the game where the 30-year-old German used all her experience to bag four straight points and the game from 17-all.

The Hyderabadi started well again in the second game but lost the lead quickly and never looked to gain it back as Juliane was completely dominant on court.

From 8-all, the 2011 World Championships bronze medallist kept on extending the lead till she won the game and match.

This brought an end to India's doubles campaign at the prestigious tournament.