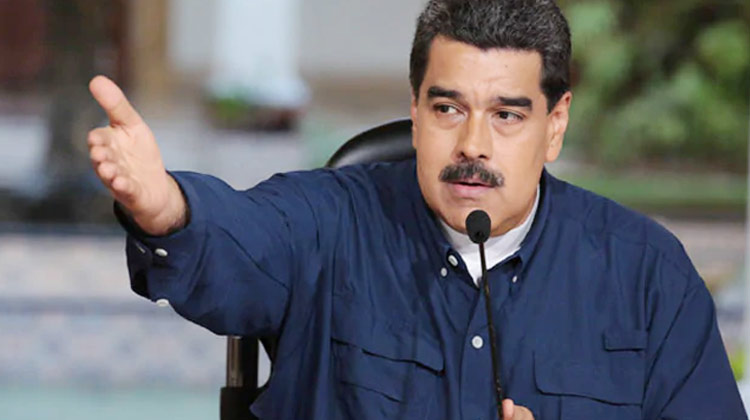 Caracas: Venezuelan Vice President Nicolas Maduro was sworn in as acting president Friday despite the Opposition saying such a move was in violation of the country's constitution.

Late Venezuelan leader Hugo Chavez named Maduro as his successor before undergoing the latest surgery in December. Chavez died Tuesday at the age of 58 after a two-year-long fight against cancer.

"I swear in the name of absolute loyalty to Comandante Hugo Chavez that we will obey and defend this Bolivarian Constitution with the hard hand of the free people," Maduro said addressing the National Assembly while holding a copy of the Venezuelan constitution in his hand.

The Venezuelan Opposition earlier called Maduro's inauguration "fraudulent" as it argued that under the constitution, the speaker of the National Assembly should be the one to take over as acting president.

The constitution also requires the vice president to step down from his post in order to run for president.

However, Venezuela's Supreme Court ruled Friday that Maduro can swear in as acting president and also be presidential candidate in the elections to be held within 30 days after Chavez's death.

In protest, the main opposition coalition boycotted Maduro's swearing-in ceremony which was held just hours after the state funeral of Hugo Chavez.