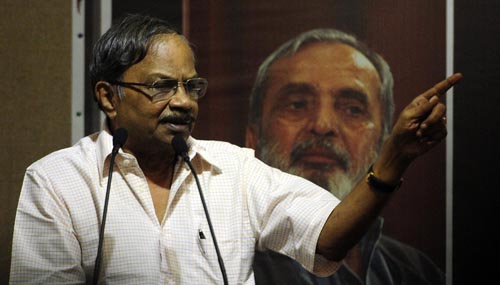 Thiruvananthapuram: In a faux pas on the part of Kerala Chalachitra Academy, the recipient's name was missing from the invite for presentation of the state's top film honour, the J C Daniel award, to eminent writer and film personality M T Vasudevan Nair.

The award presentation ceremony will be held on October 17 at the Kanakakunnu palace here.

The invite had the names of all other dignitaries to be present on the occasion except Nair's, who was chosen for the award for his outstanding contributions to Malayalam cinema.

When the bungling was brought to notice, Minister for Cinema, Thiruvanchoor Radhakrishnan expressed regret and said a new set of invitation cards would be printed carrying the name of the recipient of the award.

The award was instituted in memory of J C Daniel, who made the first silent movie 'Vigathakumaram' in Kerala.