US, NATO to leave Afghan: Abdulla congratulates a journo for a...

Ready to face critics with film on Kamala Surayya: Kamal 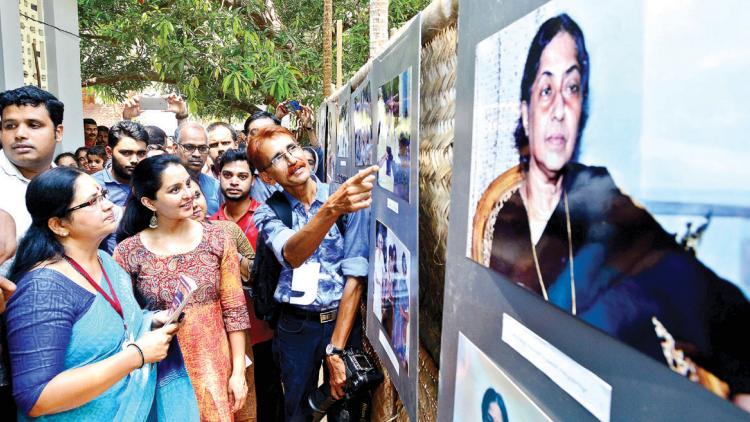 Thiruvananthapuram: Even before the film has started to roll, veteran Malayalam filmmaker Kamal knows it well that "Aami", based on the life of writer Kamala Das aka Kamala Surayya, will run into controversies. And he is ready to face it.

"Vidya Balan will be playing the central role in 'Aami', which is the tale of the life and times of acclaimed writer and poet Madhavikutty alias Kamala Surayya," Kamal told reporters here on Tuesday.

She was known as Aami to her near and dear ones and hence, Kamal did not have to think twice for the title of the film.

Kamal, who has completed three decades in the Malayalam film industry, has written the script of the film and would be directing it too.

"I know very well that there are going to be controversies with the film. It tells the life story of the popular writer as I see it and interpreted it. So, there could be differences of opinion. I am ready to face it," said Kamal, who recently was appointed as the chairman of the Kerala State Chalachitra Academy.

The first schedule of the film that starts rolling in Kerala on September 25, will be over by November 5. Following a break, it will then be shot in Mumbai and Delhi.

The award winning and controversial writer passed away at the age of 75 in 2009. Her decision to convert to Islam in 1999 had raised many eyebrows.

Following her death in 2009 at Pune, her body was brought here and was buried at the Palayam Juma Masjid located in the heart of the capital city.