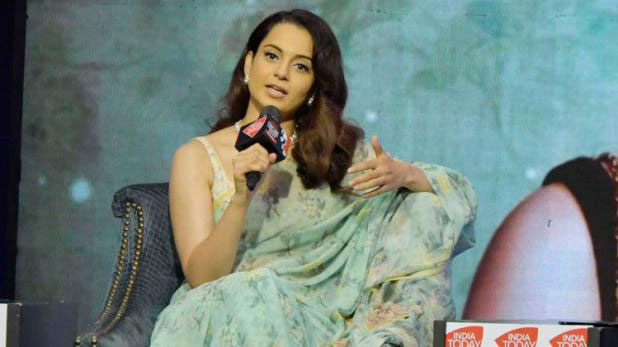 "I don't go to youraward functions and I don't believe in awards," said Kangana who walked the ramp for designer Manish Arora at the Blenders Pride fashion show on Saturday night.

Asked to choose between Alia Bhatt and Sonam Kapoor for the most deserving actress to win the best actor award, she said: "I am not an awarding jury. It's not my job to decide who should win. I don't believe in awards, then why should I bother? I don't care who wins."

Kangana however, praised Alia. "Alia is one of those people I reach out to. I have a very beautiful equation with her. It's very sweet that she wants to know my whereabouts. "

The "Queen" actress who was looking stunning in a neon pink lehenga and green crop top worn with an embellished jacket, expressed her happiness as the first actress to walk for the designer.

"As I have no release this year, walking for Manish is a great achievement for me. Manish is my favourite Indian designer and I am the first actress who has walked for him. This is the highest point of 2016," she said.

Kangana will be next seen in Vishal Bharadwaj's "Rangoon" which is slated to release February 24, 2017.