Manju Warrier to turn into magician to support UNICEF drive 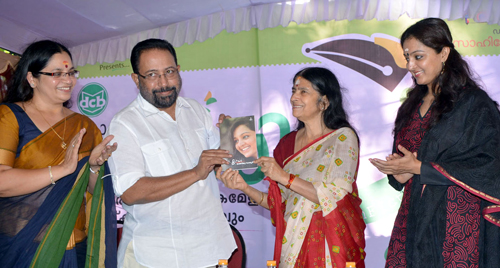 Thiruvananthapuram: Malayalam actress Manju Warrier is all set to don the garb of a magician to support UNICEFs ambitious Golden 1000 Days initiative.

Manju will perform magic along with noted magician and UNICEFs celebrity supporter Gopinath Muthukad to create awareness about the significance of the first 1000 days in a childs life.

The 37-year-old "How Old Are You" actress has already began her preliminary training in magic under Muthukad at the Magic Planet, a magic themed park located at Kazhakoottam near here.

Titled as MoM (Magic of Motherhood), the show would give lessons on how to shape a society's long-term health, stability and prosperity by paying attention on the first 1000 days of a childs life, Magic Planet sources said. It would also impart lessons, through magic, how to reduce the maternal and child mortality through improved health and nutritional status of adolescents, pregnant and lactating women as well as young children.

Manju said she was happy to be part of such a drive and committed as an artist to be a part of such social responsible initiatives in the future also. The magic show by Manju would be held in the state capital later this month, Magic Planet sources said.