Sanjay Dutt should return to jail if rules were broken: Maharashtra government 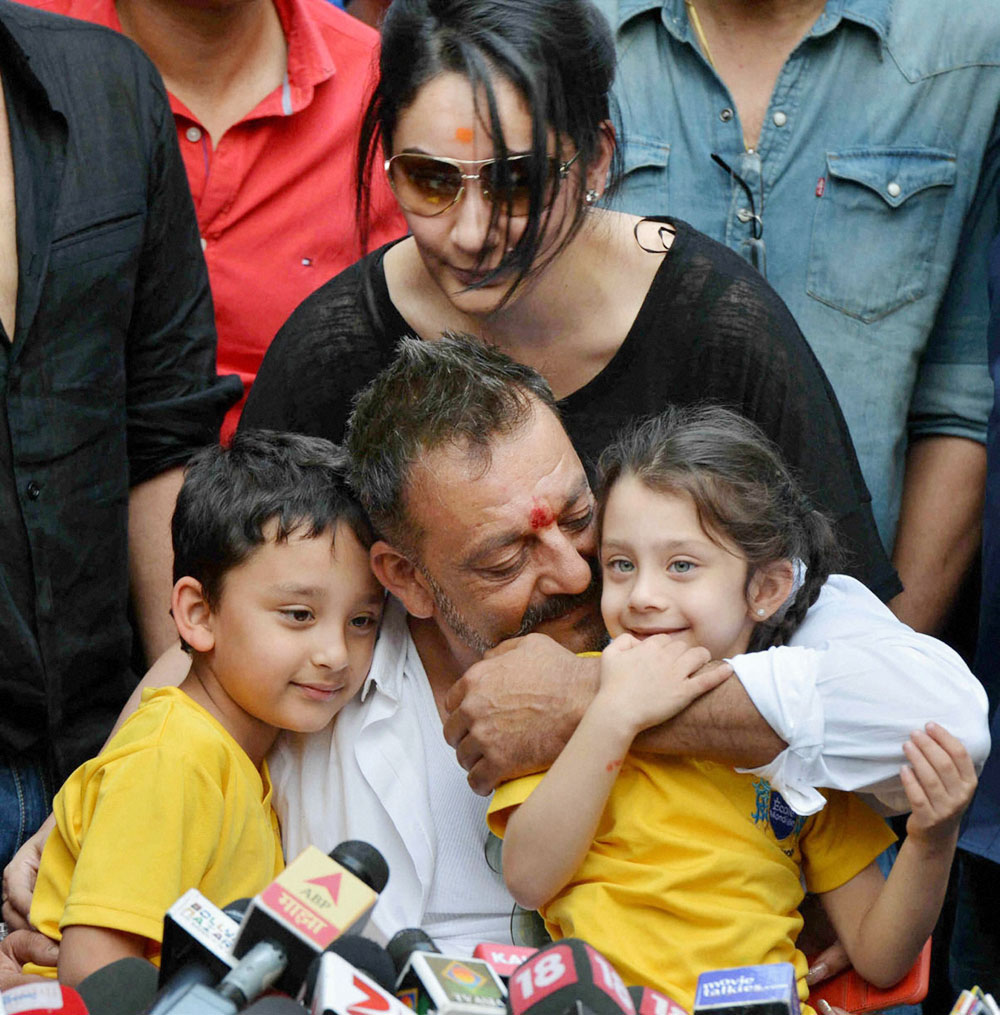 Mumbai: Actor Sanjay Dutt should return to jail if he was allowed parole because of his VIP status, the Maharashtra government said Thursday in a court.

Last month, the Bombay High Court asked the state government to justify its decision to allow the 57-year-old actor to leave jail before he completed his five-year sentence.

He was freed eight months ahead of schedule for "good behaviour." Today, judges asked the government to furnish a new statement explaining what criteria of "good behaviour" were applied to the actor.

But even while doing time, Mr Dutt was allowed to leave jail on multiple occasions, adding upto more than 100 free days, which raised concerns and criticism of whether he was being given VIP treatment.

"How did the authorities assess that Dutt's conduct was good? When did they get the time to make such assessment when he was out on parole half the time?" asked a judge at the Bombay High Court last month.

The case is based on a Public Interest Litigation or PIL. "If the rules were flouted in giving him parole or furlough, then the government has no objection in sending him back to jail," the state's lawyer said in court today.

Mr Dutt, 57, was convicted in 2013 by the Supreme Court of acquiring illegal guns from the men convicted of the serial bombings in Mumbai in 1993 in which more than 250 people were killed.

In 2007, Mr Dutt, whose most recent success came from the Munnnabhai films, was cleared of conspiracy charges in the Mumbai serial blasts but was found guilty of illegal possession of an AK-56 rifle and a pistol, which he claimed he required to protect his family during a period of rioting in the city.

The actor spent 18 months in prison, but was released on bail till the Supreme Court ordered him back to the Yerwada prison in Pune for the remaining 42 months of his sentence.

Rajkumar Hirani, who directed him in the Munnabhai films, is making a biopic on him with actor Ranbir Kapoor playing Dutt.