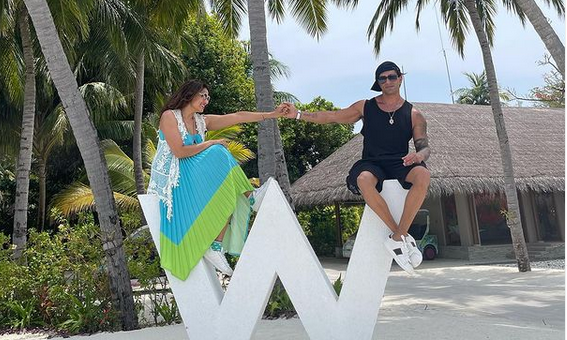 Mumbai: Bollywood actress Bipasha Basu and her husband, actor Karan Singh Grover, are back from their refreshing Maldives vacation but continue to treat their fans with pictures of their trip.

On Sunday, Bipasha posted a video of her cycling in the property where they were staying at Maldives, on Instagram.

In the video, the actress looks stunning in a white sheer ensemble and we also get a glimpse of the beautiful locales of Maldives. She captioned the video as, "Island lifeY#onewithnature @stregismaldives (sic)."

In another video, posted by the actress, Bipasha gave her fans a tour of the luxurious suite where the couple was staying.

The couple took off to Maldives recently to celebrate Karan's birthday. Both Bipasha and Karan have been keeping their fans updated with their whereabouts by posting pictures and videos from their trip.

Bipasha and Karan worked together in the film Alone and tied the knot a year later in April 2016. On the work front, the couple was seen in the thriller web series Dangerous, which also starred Suyyash Rai, Natasha Suri, Sonali Raut and Nitin Arora.