text_fields
bookmark_border
A significant portion of the office premises from the inside and outside appeared to have been razed with massive bulldozers, JCBs, and other heavy equipment 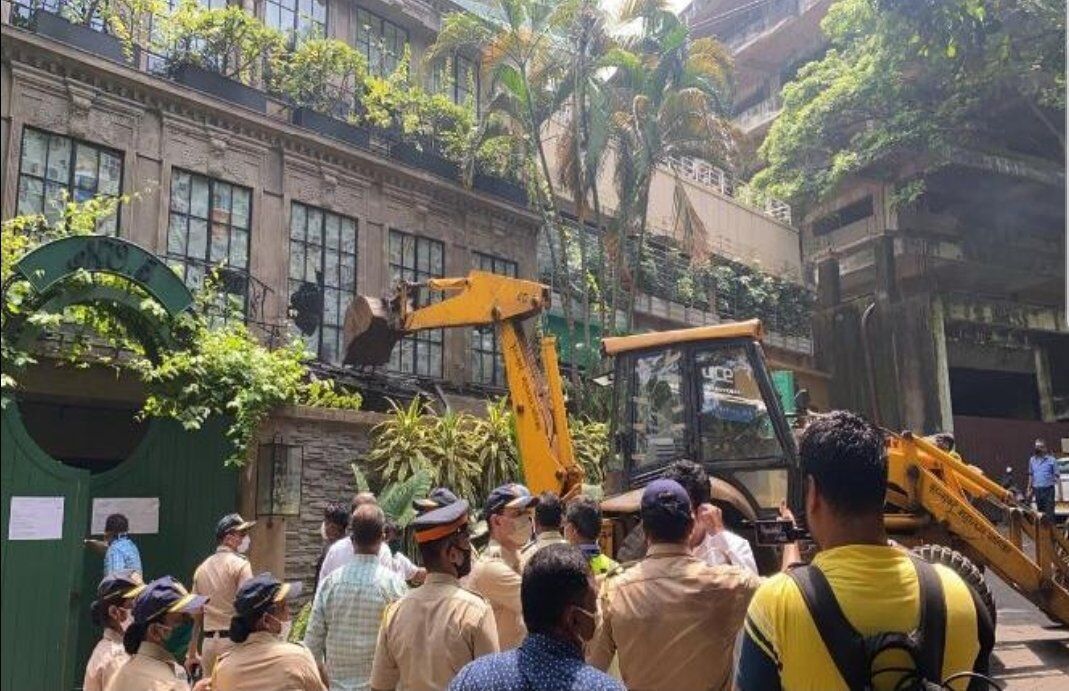 Ranaut's lawyer had challenged the BMC notice earlier in the morning before the high court, contending that there are no illegalities in the office works even as the civic demolition squad swooped on the premises in Bandra West.

The high court has directed the BMC to file its reply to Ranaut's plea challenging the demolition order by 3 p.m. on Thursday.

Even as the high court was hearing the matter, the BMC H-West Ward dozen-strong team, which was accompanied by a strong police posse, halted the demolition process awaiting the court orders.

However, a significant portion of the office premises from the inside and outside appeared to have been razed with massive bulldozers, JCBs, and other heavy equipment.

The fast-paced developments came barely hours after the BMC pasted a notice outside the office rejecting a reply filed by Kangana's lawyer, Rizwan Siddique, to the Tuesday (September 8) notice in which the civic body had listed a series of violations in the ongoing works in her office.

"Therefore, the work carried out by you as mentioned in the notice schedule is declared as unauthorized," said the Executive Engineer.

He also said that the ongoing work on the premises was not stopped and warned that it is "liable for forthwith demolition at your risk, cost and consequences".

The notice also cautioned that the actress could face imprisonment of minimum one month up to one year besides penalties.

As per the notice, the violations include: merging of two bungalows, converting a ground-floor toilet into an office cabin, converting a storeroom into a kitchen, making an unauthorised pantry in the ground floor, adding toilets near the storeroom and a parking area, illegal partitions in first floor living room, an illegal meeting room in the "puja" room, converting a balcony into a habitable area besides a floor extension, etc.