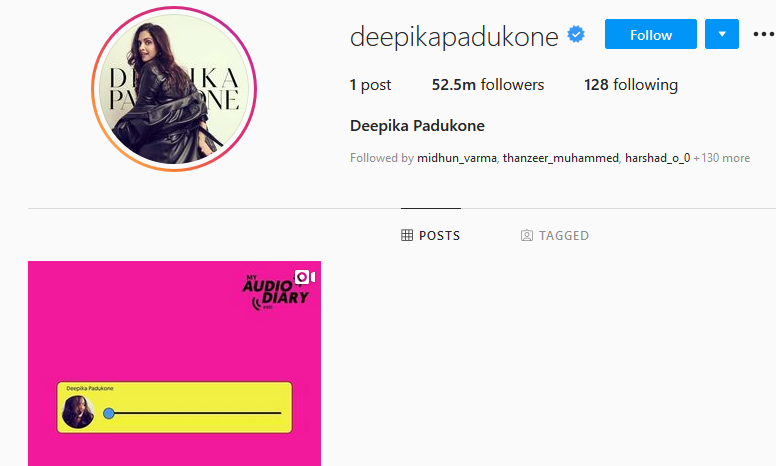 Only an audio message depicting the start of an audio diary and wishes for the New Year were left on the Insta handle, leaving many fan wondering whether her account had been hacked.

Previously, director Farah Khan and Vikranth Massy's accounts had also been hacked, lending credibility got he suspicion. Others speculate that it may be a New Year's resolution to start off with a clean slate.

Deepika will next be seen in the Kapil Dev biography '83'.