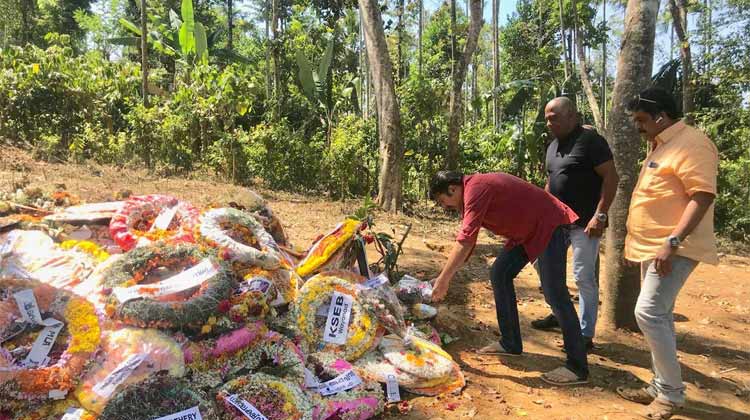 Chennai: With Bollywood celebrities like Akshay Kumar and Abhishek Bachchan taking up the 'ALS ice bucket' challenge in a big way, actors down south, especially those in the Malayalam film industry, are challenging each other in a different way by planting trees.

Malayalam superstar Mammooty launched the 'My Tree Challenge', an activity involving planting a sapling and challenging others to do so, recently, besides taking it on a global scale by planting a tamarind tree in the premises of Grand Hyatt Hotel, Dubai on Tuesday.

He had nominated Bollywood superstar Shah Rukh Khan and popular Tamil actors Vijay and Suriya, to take up the challenge, when he kick-started the initiative on August 30.

"As you all know 'ALS Ice Bucket Challenge' is being viral online and offline media. I proudly kick-start a novel concept called 'My Tree Challenge'. I request all my friends from the Malayalam film industry and all Facebook friends to join in for the good cause and make this world a greener place to live in.

"I challenge Shah Rukh Khan from Bollywood, Vijay and Surya from Tamil Film Industry to plant a sapling and join this Eco revolution," Mammootty posted on his Facebook page. The MTC has now gone global with Mammootty launching it in the UAE on Tuesday by planting a tamarind tree in the premises of Grand Hyatt Hotel, Dubai. Photos of the actor planting the sapling have gone viral.

Both Vijay and Suriya have accepted Mammootty's challenge. A photo of Suriya planting a coconut tree has gone viral while Vijay has reportedly promised to plant 25,000 saplings.

'My Tree Challenge' is an online eco revolution started by environmentalists Abdul Manaf and Imthias Kadeer, inspired by the ALS ice bucket challenge, which was designed to raise funds for amyotrophic lateral sclerosis— also known as Lou Gehrig's Disease and motor neurone disease.

Fahad Fazil, celebrity couple Aashiq Abu and Rima Kallingal, Ranjith Sankar, Nivin Pauly and Vineeth Srinivasan are among those from the Malayalam film industry who have planted saplings as part of the My Tree Challenge initiative.

"Now this challenge make so much more sense for us," popular actress Rima Kallingal posted on her social networking site, while filmmaker Aashiq Abu described it as "a wise attempt by Indy Imthi, Abdul Manaf. Claps."

According to the latest posting on the MTC page, Rajagiri Engineering College Students (in Kerala) planted 40 tree saplings in and around the campus of Rajagiri School of Engineering and Technology on Tuesday.