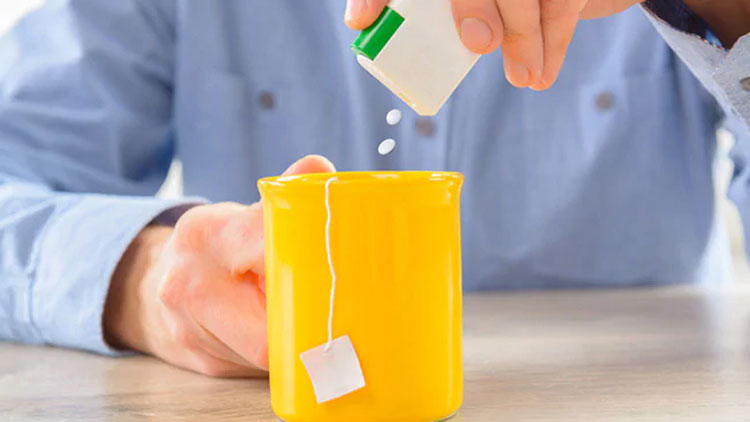 We humans have an intense craziness for sweetness because our brain has been programmed to seek energy.

You end up consuming more sweet landing yourself into health disorders. It is important to keep a check on your dietary additions prompting people to go for sugar substitutes and suppliments. A new study has claimed that the belief that common sugar substitutes taste sweeter than actual sugar is a myth.

In the study conducted by Penn State food scientists, participants compared the taste of non-nutritive sweeteners that are often used as low- or no-calorie sugar substitutes with those of nutritive sweeteners, such as sugar, maple syrup and agave nectar.

The participants indicated they could perceive the non-nutritive sweeteners, such as aspartame, marketed as NutraSweet; acesulfameK, often called AceK; and RebA, a compound found in the stevia plant, at lower concentrations than real sugar, but the intensity of these sensations was no sweeter than sugar and other nutritive sweeteners.

Assistant professor John Hayes said that the assumption that these sweeteners were excessively sweet may be the result of confusing potency and intensity. In terms of receptor biology, the potency of a substance described the lowest concentration that activated a taste receptor, but that does not predict the intensity, or magnitude, of the response.

The ability to detect sweetness of non-nutritive sweeteners at low levels was related to their potency, but not their intensity, he added. Sugar, on the other hand, was less potent but caused more intense sensations of sweetness. The findings are published online in the International Journal of Obesity.