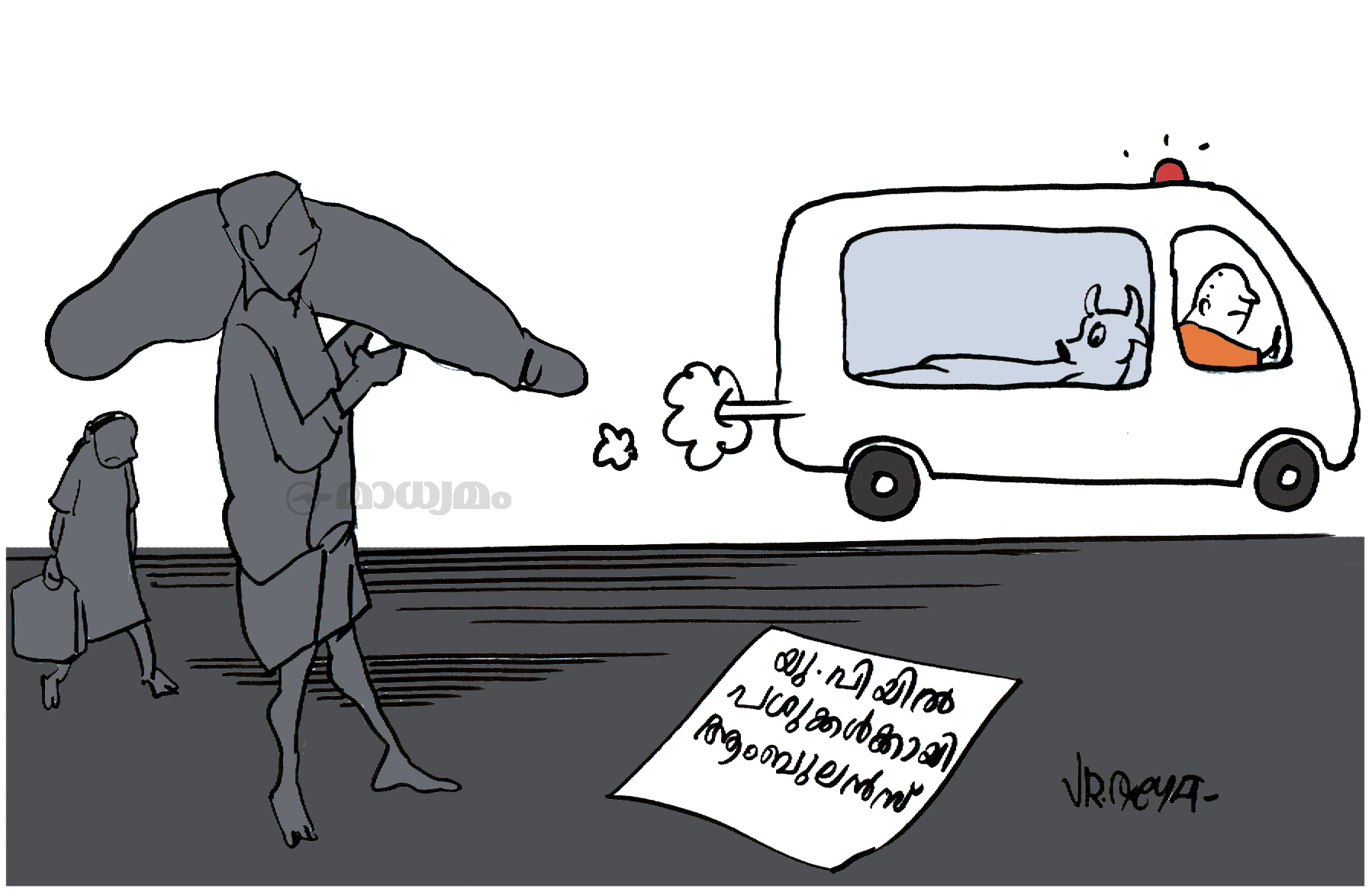 Thiruvananthapuram: The year 2017 is one that the Malayalam film industry would perhaps like to forget, given the unexpected and shocking after-effects of the abduction of a popular actress.

The industry was stunned when news broke in February that the young actress had been kidnapped after sunset when she was on her way to a friend's place in the commercial capital of the state, Kochi.

After a two-hour ordeal in a vehicle, she was dumped near the home of a well-known director, to whom she narrated what she had gone through.

Soon, the police began their work and, in a week's time, members of the gang that abducted her were arrested. When everyone thought that things had returned to normalcy, came news that the abduction was well planned and that it had been masterminded by Dileep -- Malayalam cinema's 50-year-old reigning superstar.

With state police chief Loknath Behra contending there was enough evidence to nail Dileep, Chief Minister Pinarayi Vijayan took the firm position that the law should take its course, sans interference. Despite pressure from the top brass of the film industry, Dileep was arrested and it was only after 85 days in jail that he was granted bail.

With the chargesheet now filed naming Dileep as the eighth accused, it appears that the law will catch up with anyone who breaks it.

The incident had its fallout in the industry. The powerful actors' body -- the Association of Malayalam Movies Artistes (AMMA) -- headed by Lok Sabha member and comedian Innocent (an independent supported by the Chief Minister Vijayan's Communist Party of India-Marxist), saw murmurings with ageing superstars Mammootty and Mohanlal failing to get their points of view across after strong opposition surfaced against giving a clean chit to Dileep, especially from upcoming superstar Prithviraj and his supporters.

Following this, AMMA was forced to remove Dileep from the treasurer's post and he was also suspended from the association. With differences of opinion continuing, AMMA has been unable to even call a meeting of its executives after July.

For Dileep, however, there was one saving grace -- the box office success of his film "Rama Leela" that was released when he was in jail.

A fallout of the Dileep episode was the formation of a new organisation for women in the Malayalam film industry. Women from various fields -- from actresses to those behind the scenes -- got together under the leadership of Dileep's former wife Manju Warrier to launch the Women in Cinema Collective to identify the problems faced by women in the industry and explore ways to address them.

The new body had the backing of Chief Minister Vijayan who also announced the setting up of a new committee to study the issues faced by the women in the industry and directed it to submit a detailed report, which would be looked into.

Beyond the Dileep saga, it seemed all else was as usual in the industry. As in the recent past, the magic of superstar Mammootty appears to be on the wane, with three of his films failing to click at the box office in 2017. A fourth film is slated to hit the screens during the Christmas season.

As for the other reigning superstar, Mohanlal, his four releases for the year were nowhere near the huge success he had with two films in 2016.

Overall, because of the fallout of the abduction and the arrest of Dileep, it appears the sway that AMMA had over the political fabric of the state has suffered a huge setback. To some extent, the star status of those in the industry also suffered – there were sections of people who were not keen to go to the theatres to watch their films.

In the New Year, all eyes will be on the trial in the abduction case. And with the future of Dileep hanging in balance, the fluid state in the industry is only likely to continue.