Lauded by UN, NGOs -- but 'Venice of East' still stinks 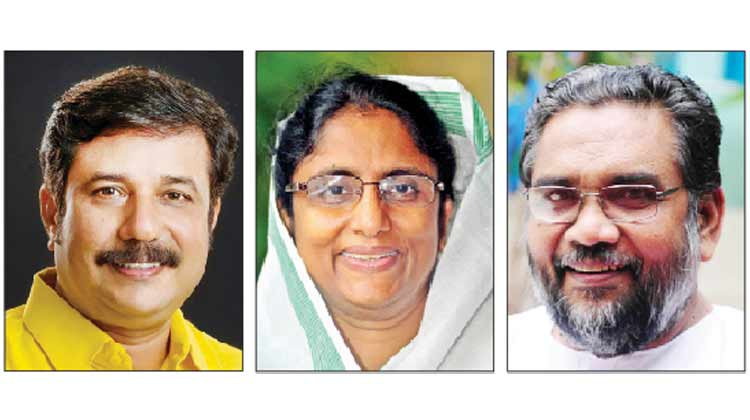 Alappuzha: Standing atop a wall, 37-year-old Sabu Vijayan, an Alappuzha municipality sanitation worker, was singing as he used a long metal pipe to break a thick layer of waste floating on the two-metre-wide canal below him.

The greenish-black water of the canal was hidden beneath the layer of plastic bottles and plastic bags filled with waste -- a small green plant with three leaves had grown over it.

"It (canal) smells like human excreta," said Saviamma, 65, pointing to the YMCA branch canal flowing in front of her house.

The United Nations had three months back selected Alappuzha, a coastal town in central Kerala, as one of five cities in the world whose waste management efforts were commendable.

The UN report which selected the city read: "A few years ago, roadsides and canals (were) filled with stinking garbage... exposing residents and visitors alike to clouds of flies and disease-spreading mosquitoes. Since then, the city in the eastern state of Kerala... has addressed the problem by introducing a decentralised waste management system."

As Vijayan broke the layer of waste on top of the water to unclog the canal, swamps of mosquitoes flew up before settling down again in Shadamani canal -- one of the 104 branch canals -- in Alappuzha, also known as Venice of the East.

Vijayan and others came to unclog the canal after frantic phone calls by residents.

"Snuggies (diapers) are a problem. They get soaked in water and become heavy and difficult to remove," Vijayan said about the canals. "Even sewerage from toilets falls into the canals."

Canals in six different locations in the city this reporter visited had a similar story to tell. They are filled with garbage or weeds, becoming breeding grounds for mosquitoes. In two cases there was no water, only waste and silt.

While residents accused the authorities of not cleaning the canals, officials complained of meagre funds and people's habit of dumping garbage into the canals for their sorry state.

Alappuzha was selected as one of the five cities in a report titled "Solid Approach to Waste: How 5 Cities are Beating Pollution" and it was put up on UN Environment's website, under the "News and Stories" category.

When asked about finding the state of canals different from its report, United Nations Environment Programme (UNEP) India Head, Atul Bagai, told IANS that the UN did not select Alappuzha as one of the five best cities globally for waste management, but the list was "just a selection of five cities following good practices around the world".

He said the UN does "not validate information and only highlights best practices", adding that the information was from "reliable sources".

Asked whether UNEP visited Alappuzha before making the selection, Bagai said that he was "not sure", explaining that "we generally do not work on the ground". The organisation, he said, did advocacy work and sensitises people.

In a written response, the UNEP office said: "In the case of Alappuzha, it was recognised in 2016 by the Centre for Science and Environment with an award for being among the country's cleanest cities. The information in our article is a summary of the basis on which the CSE award was given."

The Chairman of the Alappuzha Municipality Standing Committee for Health, B. Mehboob, told IANS that crores of rupees were needed to clean the canals properly and the currently available funds were nowhere close to what is required. "Only temporary works can be done with this money," he said.

"All waste from beneath has to be taken out for proper flow of the canals and this requires huge sums of money. With meagre funds, it's not possible," Mehboob said.

The municipality, in its latest budget, says a "mini excavator" to clean the branch canals -- as well as machines that can cut and remove wooden obstacles -- would be purchased. This is still at the tendering stage.

R. Rekha, Executive Engineer of the state government's Irrigation Department, under whose ambit maintenance of canals falls, said that the department had not cleaned branch canals at least in the past 10 years.

"In 2014 work was started on cleaning canals, but it got stuck in a court case. Even that project did not include the 104 branch canals. It was only for the bigger canals," Rekha told IANS.

Meanwhile, people continue to suffer for official apathy. Satheeshan's tea shop is next to the YMCA branch canal. "My shop was flooded during the last monsoon after the canal overflowed as it was clogged," Satheeshan said. It had not been cleaned for the past one year.

"Ten years back we could see the sand at the bottom of the canal and children used to fish in it," the 56-year-old said, adding: "Not any more."