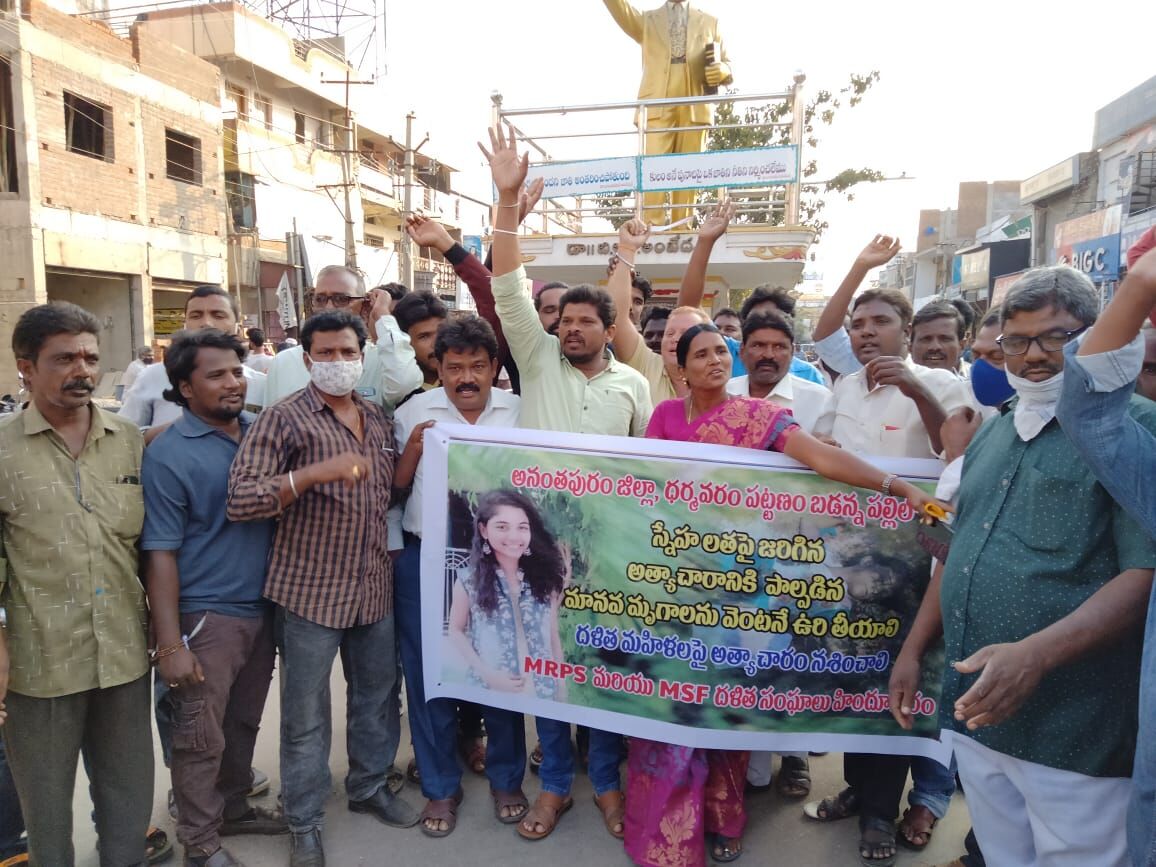 Hyderabad: Killing of a Dalit teenage girl, who according to reports was a national junior hockey player, has sparked protests in Anantapuram of Andhra Pradesh.

Snehalatha, 18, was murdered on Tuesday evening at a field in Badannapalli village.

The police have arrested two upper caste men, Rajesh and Karthik, who had teased the girl earlier.

Snehalatha, a second-year degree student, started working part time at the SBI in Dharmavaram 15 days before her death.

The community members of the girl alleged that the police failed to register a case against the accused when she complained of the stalkers.

Radhika Vemula, mother of Rohith Vemula, in a tweet said that the policemen had suggested the family to migrate somewhere else instead of taking action against the accused.

Dalit girl murdered (in the name of Love) in Ananthapur, AP.
Snehalatha, a Bright Student & SBI (Out sourcing) Employee.
She's been harassed since her school days. Policeman suggested to migrate somewhere else instead of taking action against the accused. Shame on Police Dept. 😡 pic.twitter.com/gALAGV2bP0

Social media is also highlighting the silence of the mainstream media who showed high alacrity in the case of rape-and-murder of a 25-year-old woman veterinarian last year in Hyderabad. Social activists suggest that low response shows the discrimination of the society towards the cause of dalit community.