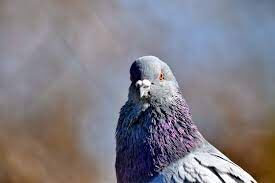 The Border Security Force (BSF) wants to register a case against a pigeon who flew across the border and landed on the shoulder of a BSF soldier at the Rorawala post in Amritsar, Punjab, last Saturday. The personnel handed the bird over to the police with a written demand for legal action. The Punjab police are seeking a legal opinion on the same.

A small piece of paper with a contact number was tied to its leg, an official said. The bird is being kept at Khangarh police station for now.

"As the pigeon is a bird, I don't think an FIR (first information report) can be registered against it. But we have referred the matter to our legal experts for their opinion," Senior Superintended of Police Dhruv Dahiya said. He further added that the number is being analysed.